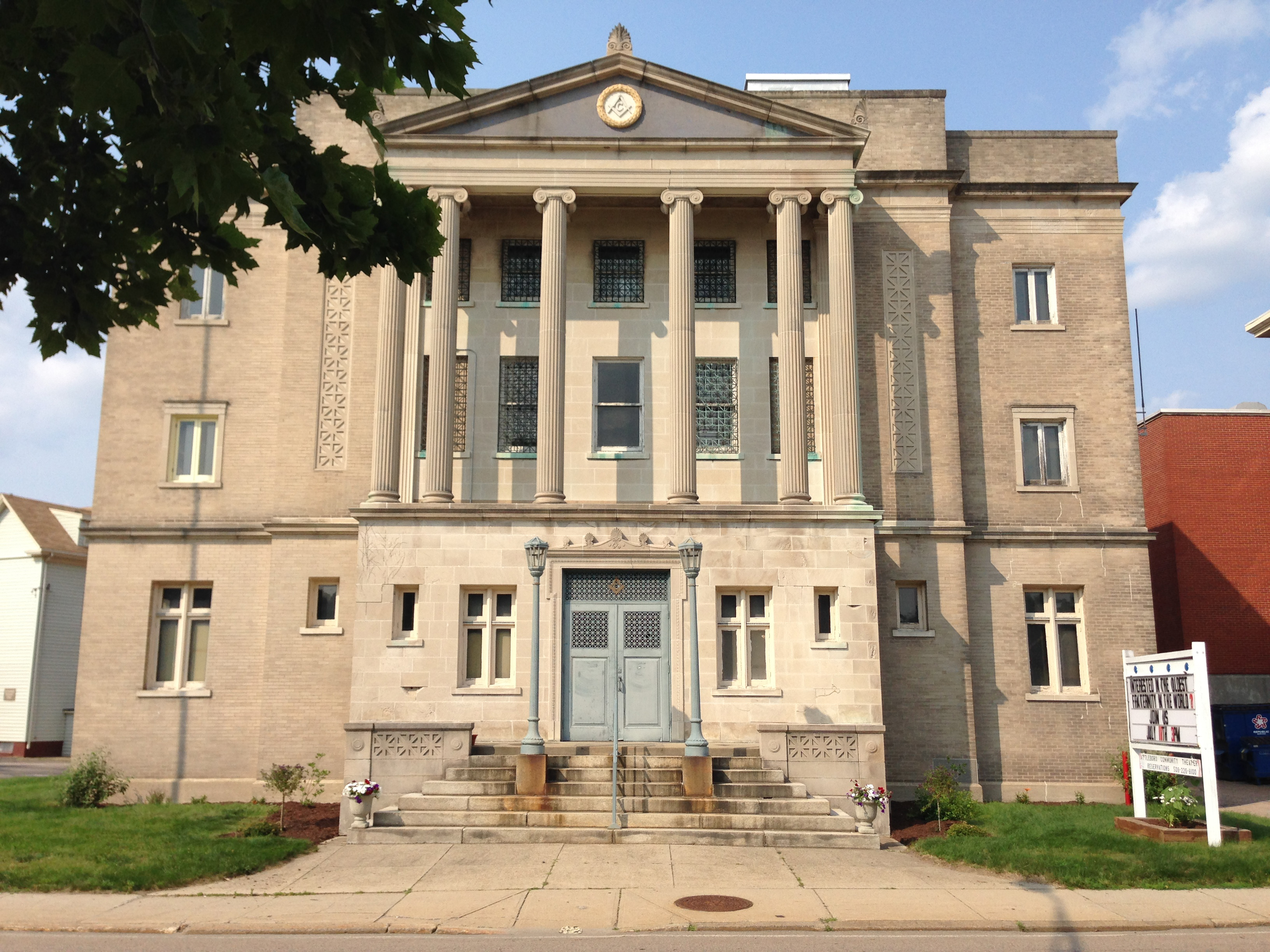 Here is an Excerpt from Ezekiel Bates Lodge’s 75th Anniversary History written by Brother Benjamin Taylor The ten years from 1920 to 1930 were indeed notable ones. The activities in regard to a new home for our Lodge culminated in the dedication of this very beautiful Temple on December 15, 1930, but with this expense, we did not forget our charities, but made our regular annual contributions to the Rainy Day Fund of the Grand Lodge. In 1922, a fund in the Treasurer’s hands, known as the furnishing fund, was renamed the Building Fund, and from there on, progress was slow, but gathered strength as time went on. In May, 1926, the Worshipful Master, Robert L. Cooke, appointed the following committee: Brother Harold E. Sweet, Worshipful David E. Makepeace and Brothers Samuel M. Stone, Harry C. Wolfenden and George H. Sykes, who later proved to be the nucleus of the committee which raised the necessary funds and actually superintended the building of the Temple. The committee reported in January, 1928, and recommended the purchase of the Wilmarth property, on which the Temple now stands. In April of that year, the Lodge voted unanimously to buy the property and that the Trustees be instructed to furnish the necessary money from the Building Fund, in their possession. In 1929, by vote of the Lodge, the Worshipful Master was authorized to increase the committee at his discretion. He added to the above mentioned committee the Wardens, Right Worshipful Ralph C. Estes and the Worshipful Master. This committee, in their search for ideas, inspected the Temple at Meriden, Connecticut. Their report on it inspired a large number of members, who made a Sunday trip for first-sand information. They were most favorably impressed, and at the next communication, additional committees were appointed to assist the Building Committee in a campaign for funds to finance the undertaking of building a new Temple. The week of April 10-17, 1929, was one never to be forgotten, ice the enthusiasm that prevailed in the campaign brought in f!5O,O00 in pledges. The members of Hope Chapter, Order of Eastern Star, always cooperative, won fourth place in the friendly rivalry of the five teams of workers, though they solicited only the women members. The success of that week called for a Jubilee Party, which pas held on April 22nd and provided a fitting climax. The cost of the refreshments of that party was donated by the caterer, Robert B. Slater, to the Building Fund. Most Worshipful Walter T. Arnold, a Past Grand Master of Masons in Connecticut, was retained as architect for the building, and ground was broken September 17, 1929. The laying of the corner-stone, October 26, 1929, was an important milestone in the history of Ezekiel Bates Lodge. Most Worshipful Herbert W. Dean, Grand Master of Masons in Massachusetts, laid the stone, together with other Grand Lodge officers, assisted by Brother Fred E. Briggs, Mayor of Attleboro, Right Worshipful Ralph C. Estes and Worshipful George S. Bliven, Master of the Lodge. There were nineteen Grand Lodge officers present, together with many distinguished guests of the Grand Master and Ezekiel Bates Lodge. Hundreds of Masons from the various Lodges in the double district were there to do honor to the Grand Master and our Lodge. A beautifully etched, copper box containing many articles of Masonic and historical interest to the Craft and times, the gift of Worshipful Charles Thomae, was placed in the corner-stone. During the interval between the laying of this corner-stone and the dedication of the Temple, the Lodge voted confidence and assistance to the Building Committee, and Ezekiel Bates Lodge is deeply indebted to Worshipful George S. Bliven, Right Worshipful Ralph C. Estes, Worshipful Harvey E. Clap and Brothers Samuel M. Stone, Stephen H. Garner and Charles R. Gage, the Construction Committee. They gave countless hours to inspecting the progress of the building and deliberating on ways and means. Brother Harold E. Sweet was always avail¬able for advice and counsel. Right Worshipful Ralph C. Estes was the Treasurer and paid all the bills with meticulous care. December 15, 1930, was a momentous occasion and the first communication in the new Temple opened at 6:00 p.m. A dinner was served in the banquet hall later to over five hundred members. That evening Most Worshipful Herbert W. Dean was received with his Suite and solemnly dedicated this Temple to the purposes of Freemasonry. Many articles of use and value have been presented to the Lodge for the Temple. Among them, one particularly appreciated, is the electric clock, in its especially lovely, hand-carved, gold-leaf frame, in the main lodge-room, a gift of Worshipful Harry H. Williams, a Past Master of Paul Revere Lodge, Brockton. The transfer of lodge property from the Bronson Building to the new Temple was facilitated by the cooperation and assistance of Worshipful Winthrop F. Barden, to whom the Lodge is indebted for many courtesies. In the brief history of twenty-five years in our apartments, on the two upper floors of the building, we older members think back ever so kindly to our social and fraternal good times there. It is a curious fact that we often remember the little things, rather than the big ones, and each of us were impressed by that which we were more easily attracted by, but I wish to speak of the pipe organ, and to say, on good authority, that it was another gift of Right Worshipful Daniel H. Smith. It is the organ now in our Tower lodge-room. 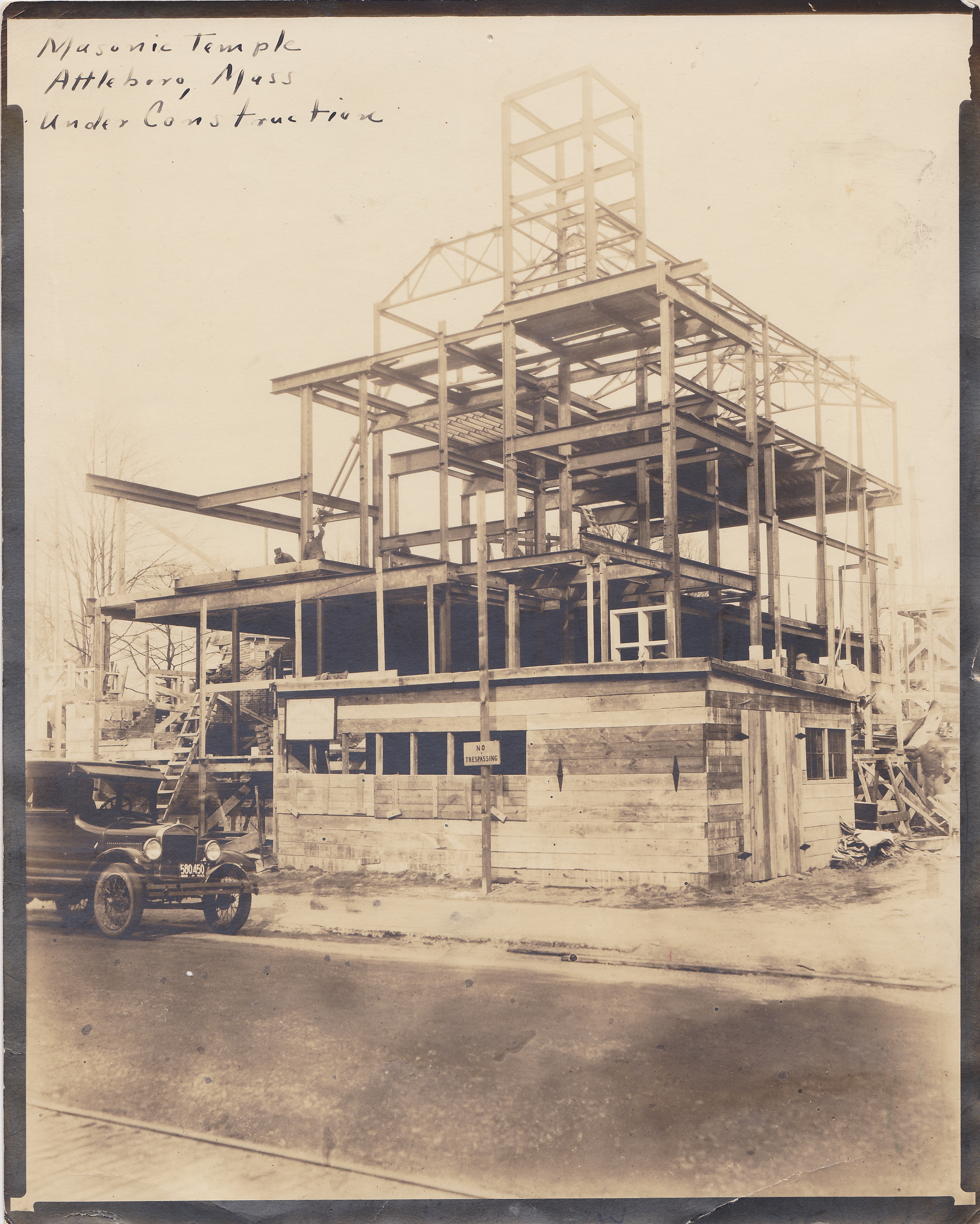 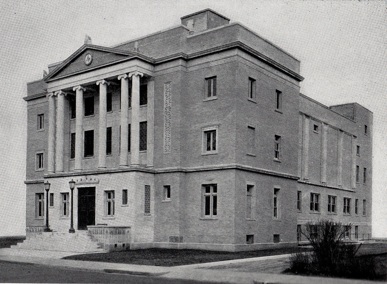 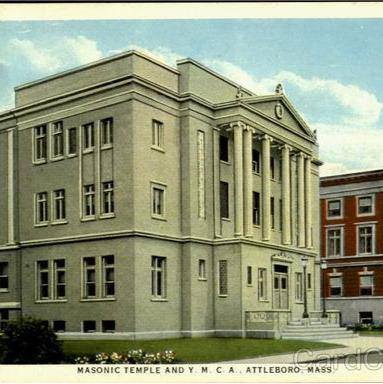 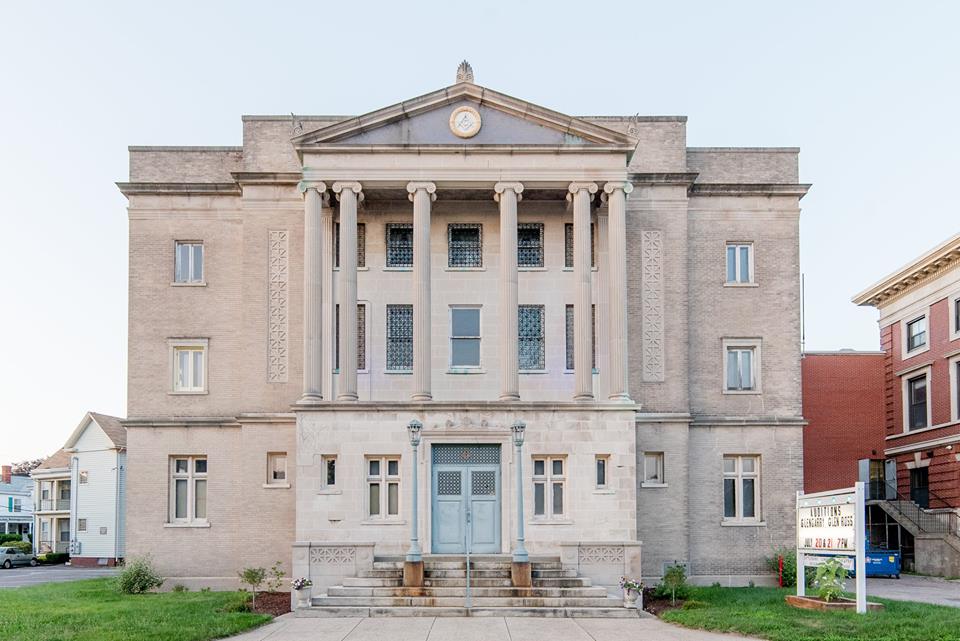