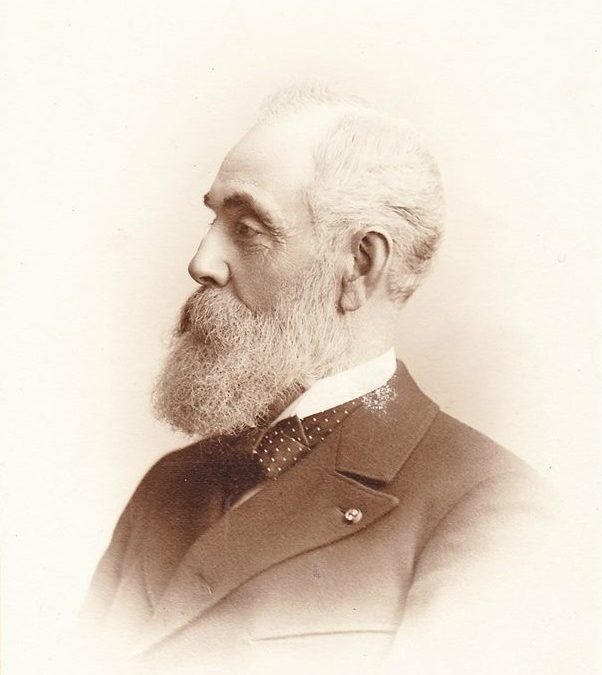 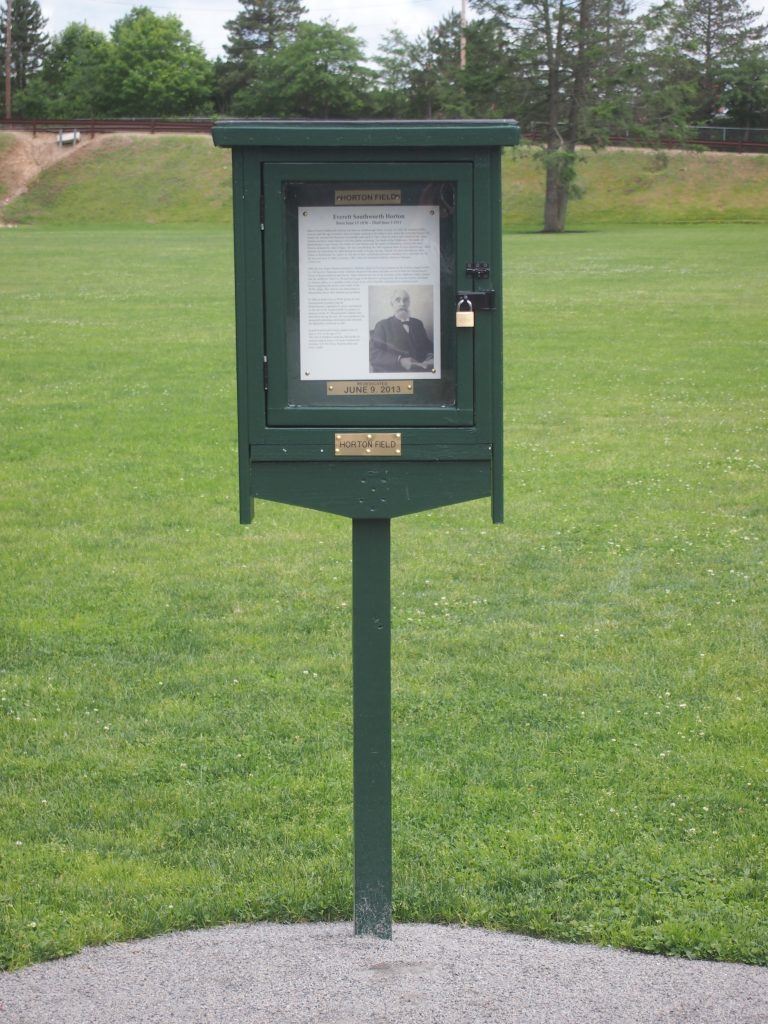 of Attleborough, is descended from John Horton, who, with two brothers, came to this country from England as early as 1640. John Horton settled in Rehoboth, Bristol county, Mass., and there married Mehetabel Gamzey, by whom he had five Sons and three daughters, the former being John, Jotham, Nathaniel, Jonathan and David. Jotham Horton married a Miss Rounds and had Sarah, Rhode, James, Nathan, Barnett, Jotham and Joseph. James and Barnett both lived in Rehoboth and served with distinction in the Revolutionary war, James being a lieutenant. This James Horton, of the third generation, was born July 18, 1741, and died August 10, 1833. He was an active and useful citizen, and a man widely respected. His wife, Freelove Pierce, was born November 8, 1742, and died February 13, 1809. They had eleven children, viz.: Jane, Nathan, Mercy, Lydia, Polly, Freelove, James, Cromwell, Rhode, Jarvis and Chloe, all of whom attained a good old age except Jane and Polly, who died young. Cromwell Horton was born February 23, 1777, and was married September 20, 1801, to Percy Martin, who was born October 28, 1780. He died in February, 1861. Their seven children were Ellis, Gideon M, Mary, Freelove, Belinda, James and Sylvanus. Gideon Mar. tin Horton was born in Rehoboth, Mass., May 4, 1804, and for many years kept a country store at Attleborough, Bristol county, where he died March 7, 1861. He was an honest, upright citizen, ever ready to forward any good enterprise, and highly respected and esteemed for his industry, true charity, and Christian devotion. November 4, 1832, he married Mary Smith, who was born April 3, 1811, and who died September 2, 1844, leaving four children: Everett S., Edwin J., Gideon M. and Jane J. For his second wife he married Mrs. Julia Jackson, of Middleborough, Mass.

Major Everett Southworth Horton, the eldest child of Gideon Martin Horton and Mary Smith, and a lineal descendant in the sixth generation of John Horton, the immigrant, was born in Attleborough, Bristol county, Mass., June 15, 1836. He attended the public schools of his native town until he attained the age of sixteen, when he entered his father’s store as assistant. After his father’s health failed he took charge of the business and successfully continued it until April, 1862, when he sold out and enlisted in the service of his country. With others he recruited a company of nine months men, who elected their officers September 18, 1862, as follows: Leniuel T. Starkey, captain; Frank S. Draper, first lieutenant; Everett S. Horton, second lieutenant. They were soon commissioned by Governor Andrew. Lieutenant Horton took hold of military matters with the earnestness and enthusiasm so characteristic of him, and rapidly became familiar with the drill and his official duties. He displayed true soldierly qualities. The company went into camp at Boxford, Mass., and was mustered into the United States service September 23, 1862, and organized as Co. C, 47th Mass. Vol. lnf. Shortly afterward they were ordered to New York and went into camp on Long Island. December 21, 1862, the regiment embarked on the steamer Mississippi for New Orleans, which it reached January 1, 1863. About this time Captain Starkey resigned and Lieutenant Horton was chosen to succeed him by a large majority of the votes of the company. They were assigned to provost duty in and around New Orleans, and remained in service after their term of enlistment had expired, leaving for home via the Mississippi River August 5, 1863. At Cairo they took cars for the east, and were enthusiastically met and feted at every stopping place along the route. Arriving home the whole town gave the soldiers a grand ovation.

But the war was not ended. The governor called for more troops, and Captain Horton’s patriotic spirit again responded. In October, 1863, he was commissioned second lieutenant and made recruiting officer for the 58th Mass. Vols. He opened an office in Attleborough, but was soon ordered into camp to take charge of recruits for the regiment, and was commissioned captain and mustered into service as commander of Co. C, 58th Mass., Third Vet. Vols., one of the four veteran regiments raised in the Commonwealth during the war. They remained in camp at Readville, Mass., until April 28, 1864, when they went to the front to participate in the battle of the Wilderness. Reaching the field May 6, they were in the long and bloody march from the Wilderness to Petersburg, where almost every hour was marked with battle. After the battle of Cold Harbor Lieut. Col. J. C. Whitton, commanding the regiment, recommended Captain Horton for promotion, and he was commissioned and mustered in as major. The regimental commander was wounded in a charge June 3, and the command devolved upon Major Horton from that time until September 30, 1864, when be was taken prisoner while leading his regiment in action a few miles south. of Petersburg. He reached Richmond and Libby prison October 3, and was successively in Libby, Salisbury, and Danville, where he was selected as “hostage” and sent back to Libby January 8, 1865. He remained in that terrible confinement until February 22, when, with a number of others, he was paroled. Afterward, in describing his feelings when once more under the American colors, he said:

“I can never forget that day never, NEVER, NEVER! No one who has not experienced the same sensations can know aught of the peculiar emotions and thoughts that come in throngs in seeing and knowing that once more I was under the Star Spangled Banner. Under their influence I wrote this letter to my family from the deck of the flag of truce boat where each of us was handed a sheet of paper and envelope; my family had not heard from me for five months, and the newspapers had reported me dead: ‘On board God’s flag of truce boat, James River, Feb. 22, 1865. Dear Wife, Out of the jaws of death, out of the gates of hell. Once more in the land of the living. Well. Love to all. EVERETT.'”

Major Horton was granted a furlough of thirty days and was soon exchanged; he left Attleborough to rejoin his regiment on the day that Petersburg was captured, was ordered to Washington, and there mustered out of service in July, 1865. During the war he bad received seven commissions and was mustered into service on six of them. He was a soldier of unquestioned gallantry and bravery, doing all his duty with unflinching courage, and winning the esteem and confidence of his’ comrades. As an officer he was strict in discipline, universally popular, and careful of the comfort of his men. During the latter part of his service he was detailed as inspector of the Second Division, Ninth Army Corps, and served on the staff of Generals Potter and Griffin.

Returning from, the war Major Horton was employed as manager for Daniels & Cornell, of Providence, R. I., proprietors of the largest wholesale grocery house in the State. He continued in that capacity until after the death of his brother, Edwin J., when he succeeded to the latter’s interest in the manufacturing establishment of Horton, Angell & Co. at Attleborough. This concern was organized in 1870 by Edwin J. and Gideon M. Horton and Benjamin 3. Angell, under its present firm name, and is now one of the largest and most important in the country for the manufacture of gold plated goods, consisting of men’s jewelry, ladies’ sets, etc. Their product is strictly all first quality of rolled gold plate, and finds a market in every part of this continent and in many European countries. Mr. Angell and Gideon M. Horton died in 1887, and since then Major Horton has been the senior partner; his associates are Herbert A. Clark and Thomas S. Carpenter.

Major Everett S. Horton has long been one of Attleborough’s most public spirited and enterprising citizens. Since the war he has taken an active interest in G. A. R. matters, becoming a charter member and several times commander of Post 145, of that city, and serving also as commander of the Bristol County Association of the G. A. R. for about two years. In politics he is an earnest Republican. He has been chairman of the Board of Selectmen of Attleborough several times, commissioner of the Attleborough Water Supply District Sinking Fund for many years, and president of the board of trustees of the Attleborough Public Library since its organization, having been one of its principal founders. He was long a trustee and the secretary and is now president of the Richardson School Fund, and was one of the organizers in 1876 of the Attleborough Savings and Loan Association, which he . has served continuously as a director, and of which he is now president. He is also a vice president of the Jewelers’ Board of Trade, whose headquarters are in Providence, R. I., and has been a member of the Congregational Church for many years. He is a leader in town affairs, a patriotic and progressive citizen, a strong friend, and universally respected and esteemed. He served in the Massachusetts Legislature, House 1891-92, and Senate 1893; is a thirty second degree Scottish Rite Mason, and a member of the Royal Arcanum, A. 0. U. W., and other kindred societies.

From:
Our county and its people A descriptive and biographical history of Bristol County, Massachusetts
Prepared and published under the auspices of The Fall River News and The Taunton Gazette
With assistance of Hon. Alanson Borden The Boston History Company, Publishers, 1899.