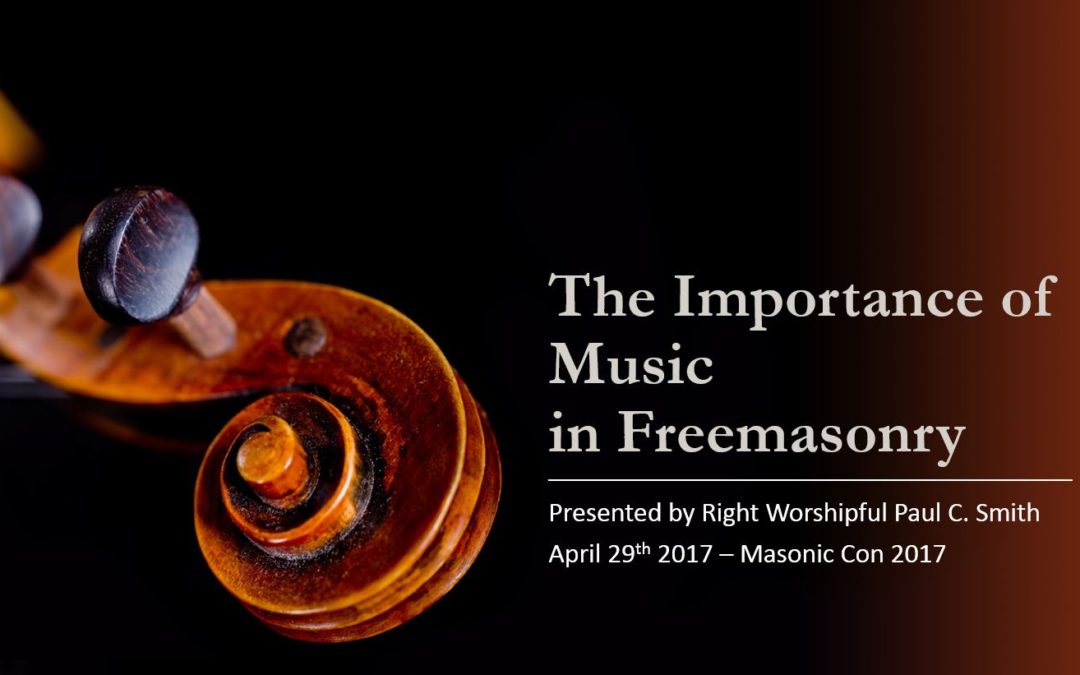 Paul C. Smith goes in depth on the importance of Music in Freemasonry and its effects on the human psyche.

Right Worshipful Paul Smith is an active Freemason serving as a District Deputy Grand Lecturer for the Grand Lodge of New Hampshire, having previously served as a District Education Officer and Grand Steward. He is a Past Master of Rockingham Lodge No. 76 in Candia, NH; Anniversary Lodge of Research No. 175; and the founding Master of General Court Lodge No. 1784 and Phoenix Lodge No. 105, a TO style lodge. He currently serves the York Rite of New Hampshire as Grand Scribe in the Grand Chapter, Grand Captain of the Guard in Grand Council, and as Right Eminent Grand Commander of Knights Templar in New Hampshire. He is Sovereign Master of John Harris Council, AMD; a member of Scenic Council, Knight Masons; a member of the Royal Order of Scotland; a Grade VII member of Societas Rosicruciana in Civitatibus Foederatis; a member of Palestine Tabernacle, Holy Royal Arch Knight Templar Priests; the Secretary of Profile York Rite College; the Philalethes Society and the Masonic Society. He has written for several Masonic publications and lectured in several states and Canada.