Later a Lodge in Richmond, Virginia

British subject and neoclassical architect. Latrobe was one of the first formally trained, professional architects in the new United States, drawing influences from his travels in Italy, as well as British and French Neoclassical architects such as Claude Nicolas Ledoux. In his thirties, he emigrated to the new United States and designed the United States Capitol, on “Capitol Hill” in Washington, D.C., after which he performed later work on the Old Baltimore Cathedral/The Baltimore Basilica, (later renamed the Basilica of the National Shrine of the Assumption of the Blessed Virgin Mary). It is the first Roman Catholic Cathedral constructed in the United States. Latrobe also designed the largest structure in America at the time, the “Merchants’ Exchange” in Baltimore. With extensive balconied atriums through the wings and a large central rotunda under a low dome which dominated the city and was completed in 1820 after five years of work and endured into the early 20th Century. 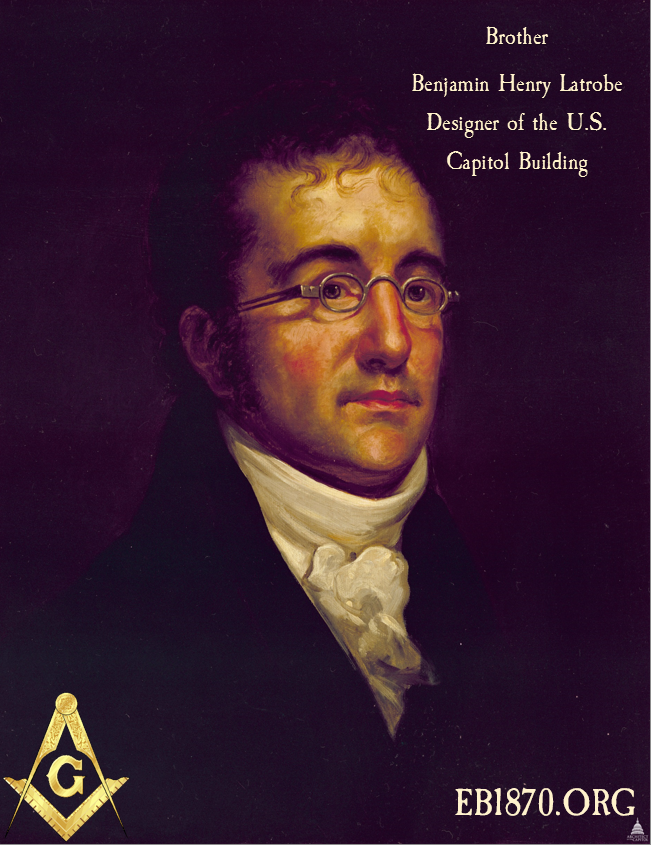