After working for American Express, co-founded by his father, Brother Daniel Butterfield served in the Civil War, where he was soon promoted brigadier general, and wounded at Gaines’ Mill. While recuperating, he either wrote or re-wrote a popular bugle-call for burials, called Taps. He commanded a division at Fredericksburg, and then became Hooker’s chief of staff, sharing both the credit for improved morale and responsibility for the licentious behavior that Hooker tolerated in camp. He also became embroiled in Hooker’s political feuds with Burnside and Meade. Wounded at Gettysburg, he served in Sherman’s Atlanta campaign, before retiring from front-line service through illness. 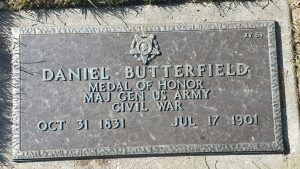 He later received the Medal of Honor, which read, “Seized the colors of the 83d Pennsylvania Volunteers at a critical moment and, under a galling fire of the enemy, encouraged the depleted ranks to renewed exertion” 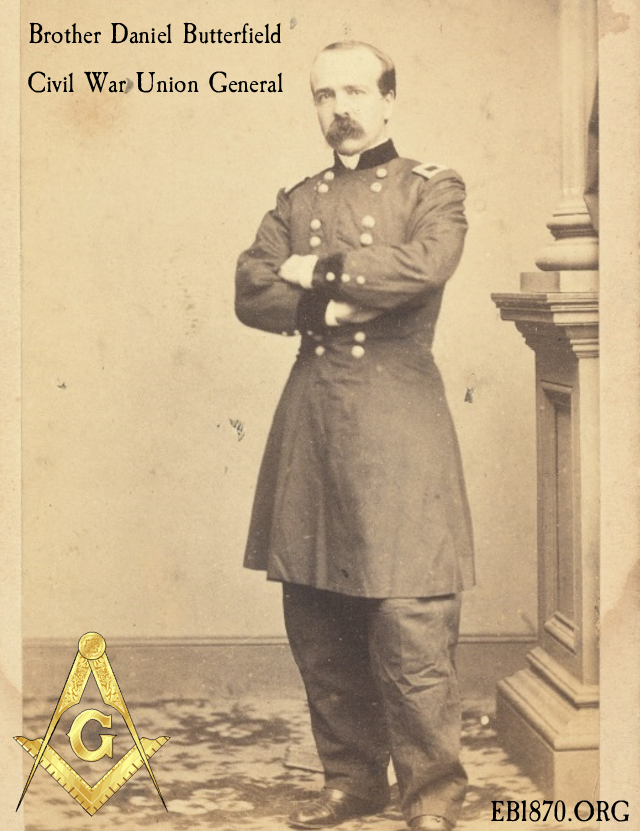