American folk hero, frontiersman, soldier, and politician. He is commonly referred to in popular culture by the epithet “King of the Wild Frontier”. He represented Tennessee in the U.S. House of Representatives and served in the Texas Revolution.

Brother Davy Crockett was lost at the Battle for the Alamo 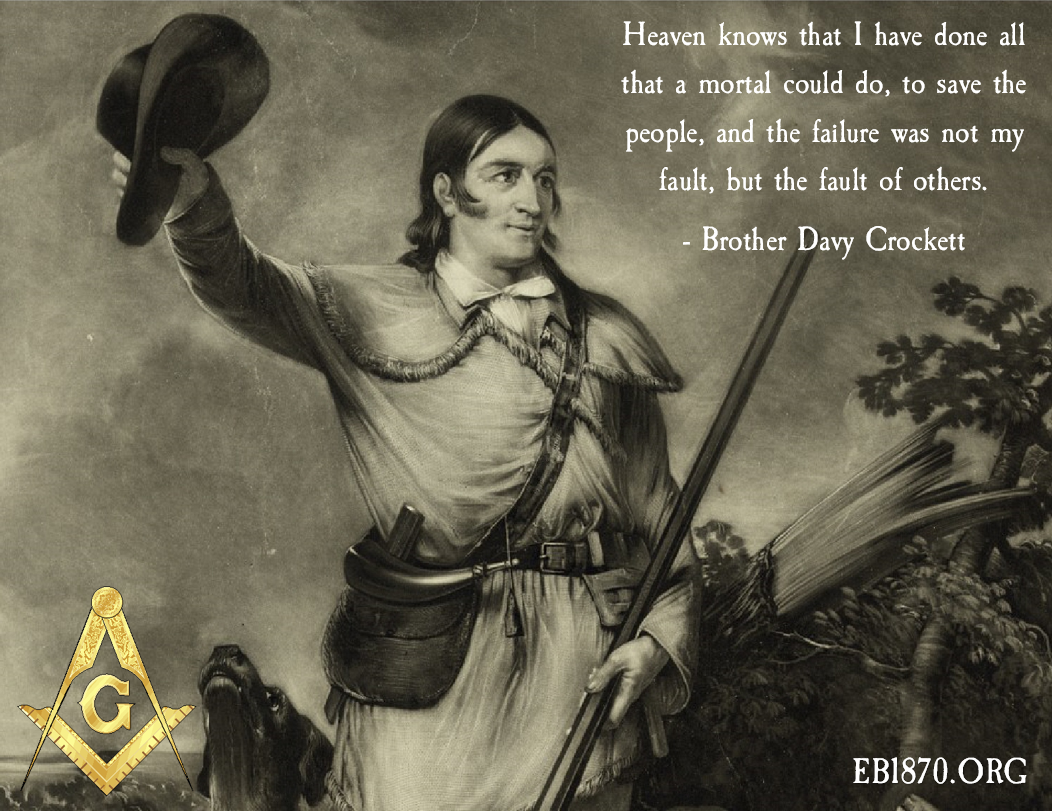