He is best known for the liberal decisions of the so-called Warren Court, which outlawed segregation in public schools and transformed many areas of American law, especially regarding the rights of the accused, ending public school-sponsored prayers, and requiring “one man–one vote” rules of apportionment of election districts. He made the Supreme Court a power center on a more even basis with Congress and the Presidency, especially through four landmark decisions: Brown v. Board of Education (1954), Gideon v. Wainwright (1963), Reynolds v. Sims (1964), and Miranda v. Arizona (1966). 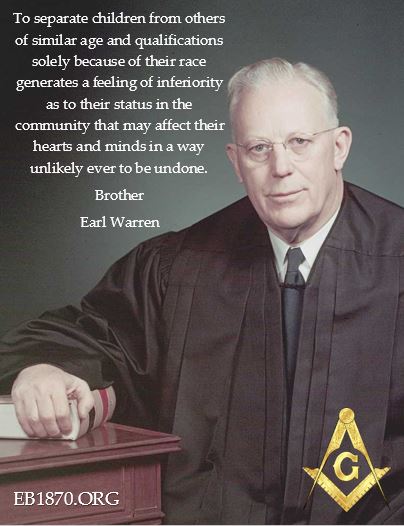