Initiated by the King of Sweden, at Stockholm in 1868, the rank of Past Grand Master of England was conferred upon him in 1870. He was installed as Most Worshipful Grand Master by the Earl of Carnarvon on April 28, 1875, and served as Worshipful Master in the Apollo University Lodge, Oxford; the Royal Alpha Lodge, London, and from 1874 was Worshipful Master of the famous Prince of Wales Lodge, No. 259, “never losing an opportunity to publicly show his attachment to the Masonic Fraternity”. He was enrolled as Patron of the Grand Lodges of Scotland and Ireland and was an honorary member of Lodge of Edinburgh No. 1; member and Patron of the Supreme Council of the Thirty-third Degree for England and Grand Master of the Convent General of the Knights Templar. 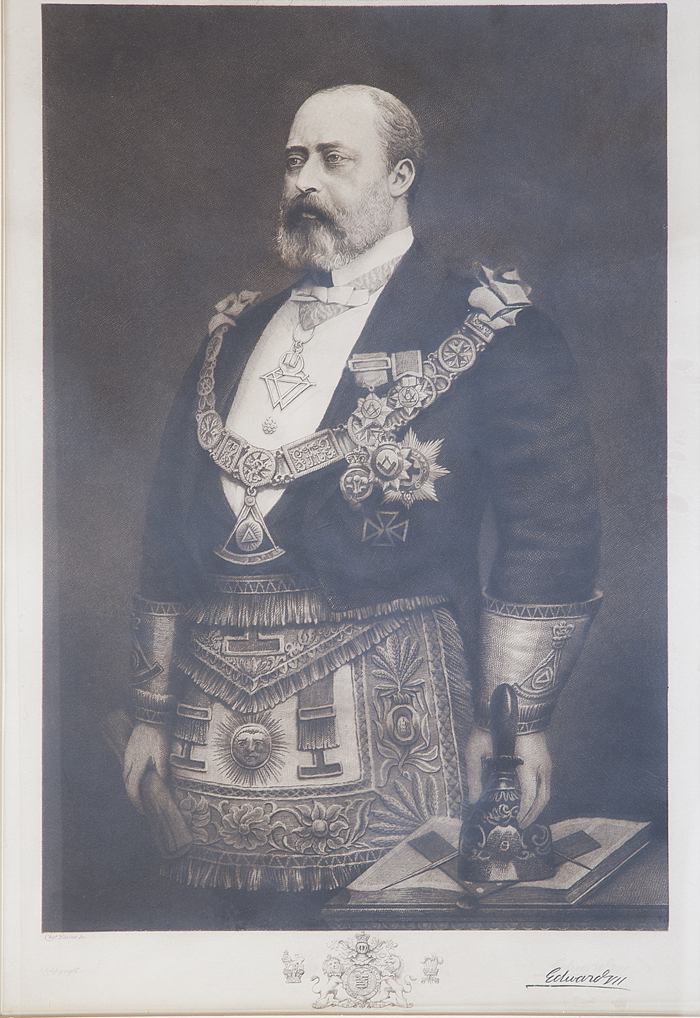 In 1901 he ascended the throne, and then assumed the title of Protector of the Craft, while his brother, the Duke of Connaught, succeeded him as Grand Master.

(From Albert Mackey’s Encyclopedia of Freemasonry)

King of the United Kingdom and the British Dominions and Emperor of India from 22 January 1901 until his death in 1910. 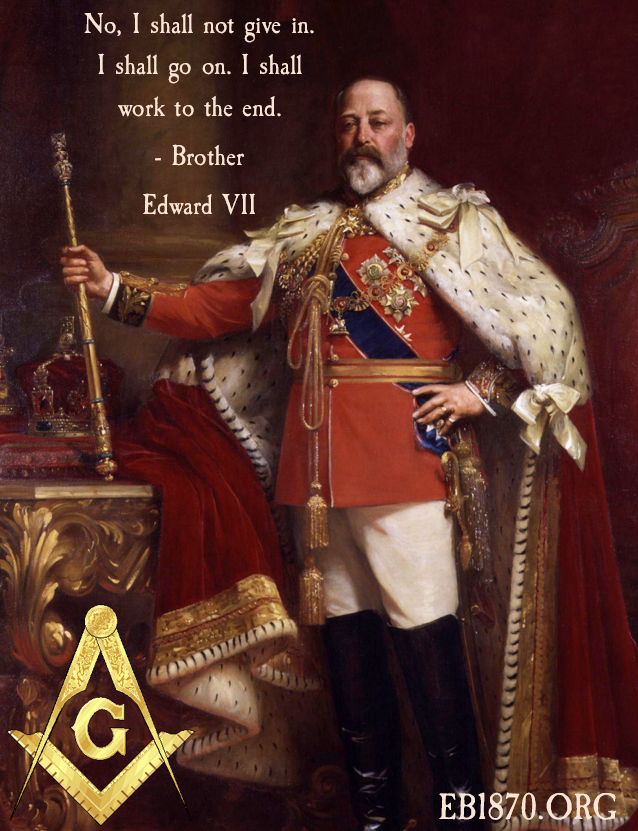