McClellan received all three degrees of Freemasonry Dec. 9, 1853, by special dispensation of the grand master.

American soldier, civil engineer, railroad executive, and politician. A graduate of West Point, McClellan served with distinction during the Mexican-American War, and later left the Army to work in railroads until the outbreak of the American Civil War. Early in the war, McClellan was appointed to the rank of major general and played an important role in raising a well-trained and organized army, which would become the Army of the Potomac; he served a brief period (November 1861 to March 1862) as general-in-chief of the Union Army. 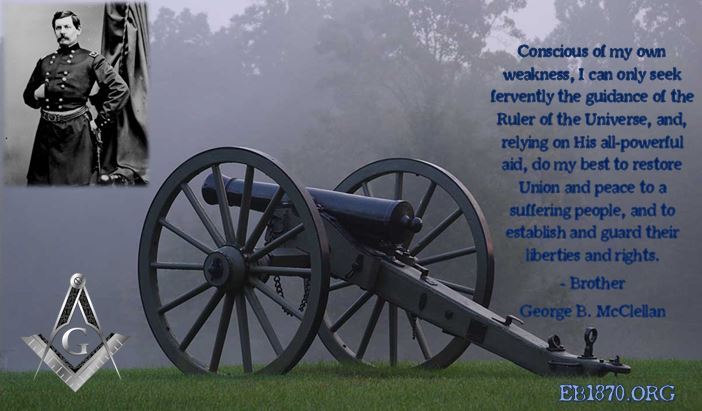 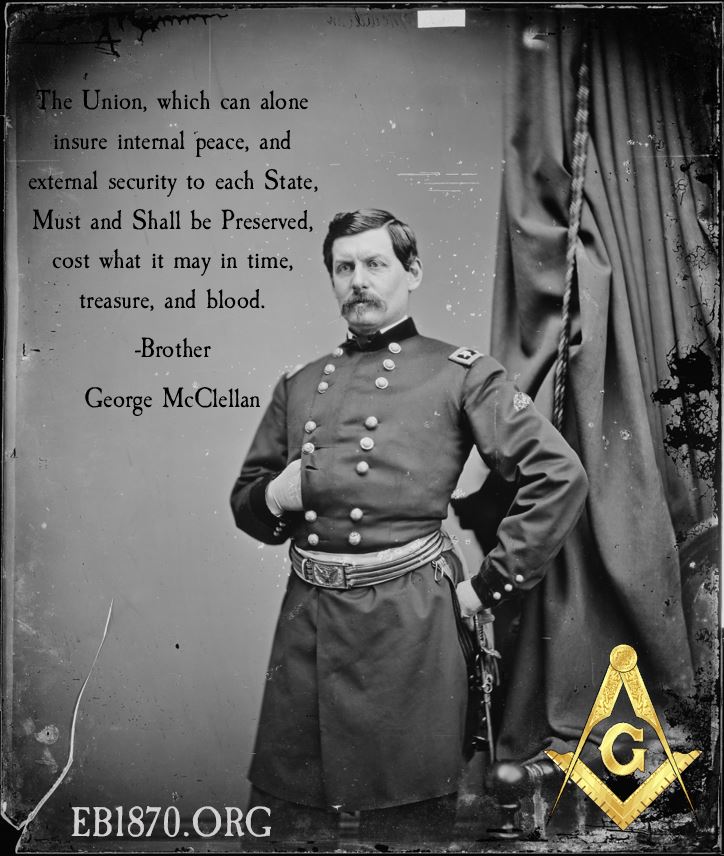