Initiated into Masonry on September 30, 1949, in Malta Lodge No. 465, Grand Rapids Michigan, along with his (half) brothers Thomas,  Richard and James. The Fellowcraft and Master Mason Degrees were conferred by Columbia Lodge No. 3, in Washington, D.C., on April 20 and May 18, 1951, as a courtesy to Malta Lodge.

American politician who served as the 38th President of the United States from 1974 to 1977. Prior to this he was the 40th Vice President of the United States, serving from 1973 until President Richard Nixon’s resignation in 1974. He was the first person appointed to the vice presidency under the terms of the 25th Amendment, following the resignation of Vice President Spiro Agnew on October 10, 1973. Becoming president upon Richard Nixon’s departure on August 9, 1974, he claimed the distinction as the first and to date the only person to have served as both Vice President and President of the United States without being elected to either office. As he was appointed to fill a vacancy and then succeeded to the presidency, Brother Gerald Ford also earned the distinction of being the only person in American history to neither begin nor finish either a presidential or vice presidential term on the date of a regularly-scheduled inauguration. Before ascending to the vice presidency, Ford served 25 years as Representative from Michigan’s 5th congressional district, the final 9 of them as the House Minority Leader. 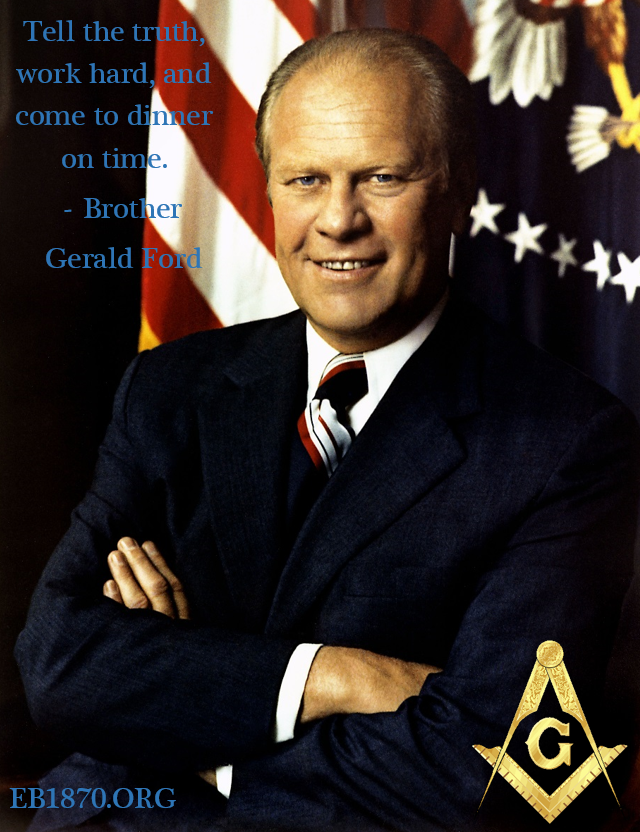