20th President of the United States, serving from March 4, 1881, until his assassination later that year. Garfield had served nine terms in the House of Representatives, and had been elected to the Senate before his candidacy for the White House, though he declined the senatorship once he was president-elect. He is the only sitting House member to be elected president 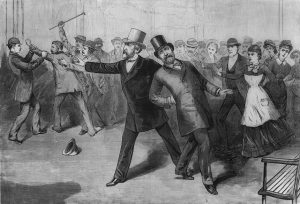 T0 the Grand Officers, Commanderies of Knights Templar of our jurisdiction ~

President of the United States died on the 19th day of September 1881.

Struck by the hand of an assassin on the 2nd day of July, 1881, with a brave and cheerful spirit he struggled for life with the tears, the prayers, and the symphony of nearly the whole civilized world in his behalf.

A good man has fallen. Distinguished as a Statesman and solider, he had but entered upon the discharge of the highest trust that could be confided to him by the people; ~ and while both in the forum and the field he had served his country well, the nation was looking for nobler things in his future.

But the wise Providence that shapes our lives decreed his death. It is fitting that we, as Knight Templars, place upon record Masonic tribute to the virtues of our eminent frater, and our sympathy with his family in their time of sore distress.

It is further ordered, that in respect to the memory of Sir James Garfield, your Banners and the swords of your Officers be draped in mourning for a period of forty days from the reception of this Order.

It is further ordered that this Order be read at the head of each Subordinate Commandery at the Regular Conclave succeeding its reception, and that the whole of this Order be spread upon your Records. 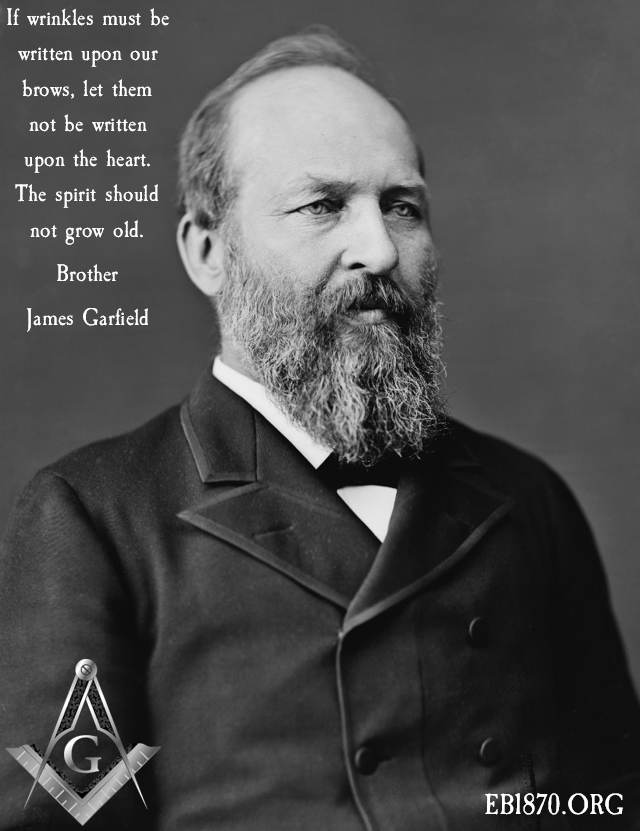