Czech composer, violinist and Kapellmeister of the classical period.

Younger brother of František Benda. His works of that period are of great compositional importance, due in part to the liberal environment of the court, where the thoughts of French encyclopedists found strong acceptance and greatly influenced Benda. Rousseau’s idea of a scenic melodrama stimulated Benda to create this new genre. In his dramatic and instrumental works, he preceded Beethoven in many things and, in the atmosphere of his work, even Romanticism. In 1778 he gave up his position, and the final years of his life were devoted to philosophical reflection. He wrote piano sonatas and concertos, 30 symphonies, many chamber pieces, songs, more than 100 cantatas, scenic melodramas (Ariadne auf Naxos), singspiels, incidental music. 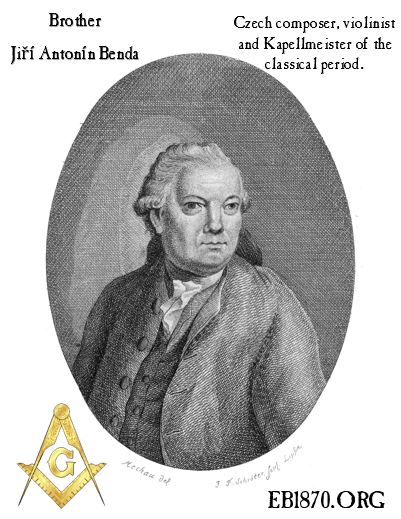