American inventor, clockmaker, entrepreneur and engineer. He was most famous for operating the first steamboat service in the United States.

Brother John Fitch  settled in Warminster, Pennsylvania, where he began working on his ideas for a steam-powered boat. Unable to raise funds from the Continental Congress, he persuaded various state legislatures to award him a 14-year monopoly for steamboat traffic on their inland waterways. With these monopolies, he was able to secure funding from businessmen and professional citizens in Philadelphia. 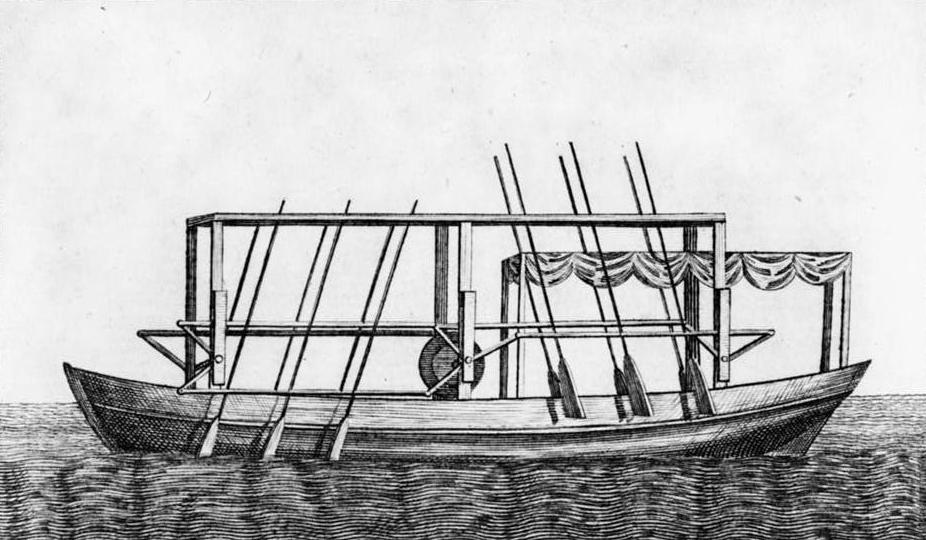 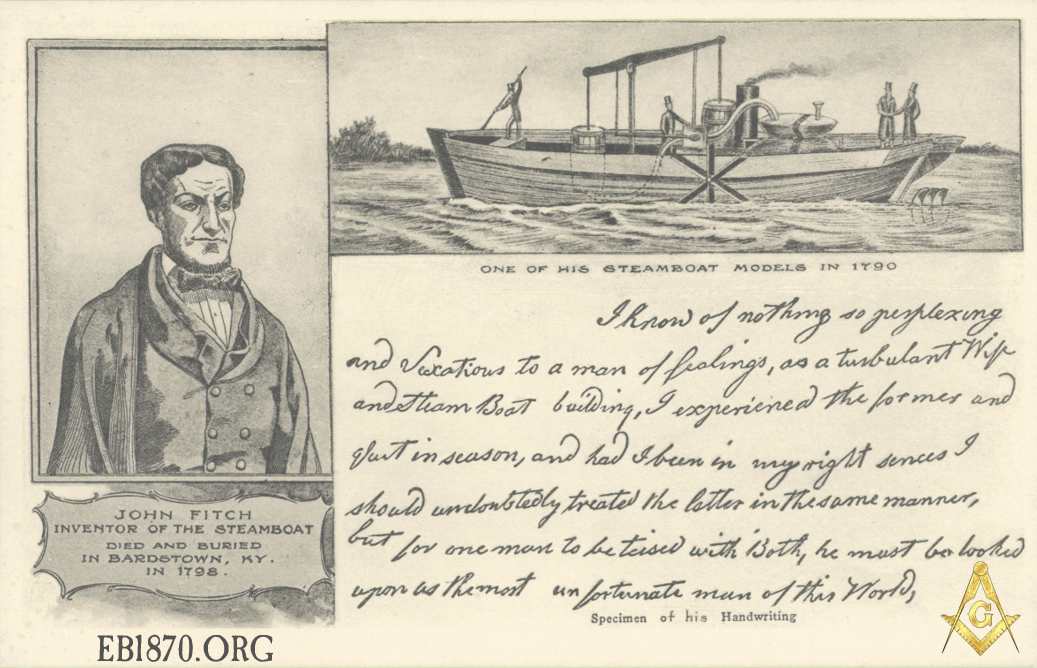