General Lemuel Cornick Shepherd Jr. tells this story of General Lejeune’s initiation as it originated with fellow U S. Army officers in the second Army Division when General Lejeune commanded it.

“General Lejeune is reported to have called his driver and told him he was going to Coblenz. When he named the hour of departure, the driver’s face fell. ‘I was going to ask if I could get off this afternoon, sir,’ he said. ‘No, you had better come along,’ the General replied, ‘You will have plenty of time to yourself in Coblenz.’ ‘Yes sir,’ said the driver, although he was not wholly cheerful. ‘Where to, sir?’ he asked as he was entering Coblenz about three o’clock that afternoon. The driver gave his chief a peculiar look as he nodded that he understood. “At the gate in front of the Temple, General Lejeune tarried a moment to tell the driver to be back promptly at seven o’clock. ‘But, sir,’ was the smiling reply, ‘I also have been notified to report here this afternoon,’ and together they entered the Temple to take their First Degrees.”

Generals Lejeune and Shepherd were raise in this same Lodge on the same night. When General Shepherd, then a company commander, submitted his petition, he was sponsored and coached by the company gunnery sergeant of his company. He elaborated and evaluated much later saying “Thus did Overseas Lodge develop and strengthen a fellowship between men of all ranks in the Army and the Marine Corps. Upon its return to America, Overseas Lodge was established at Providence, Rhode Island 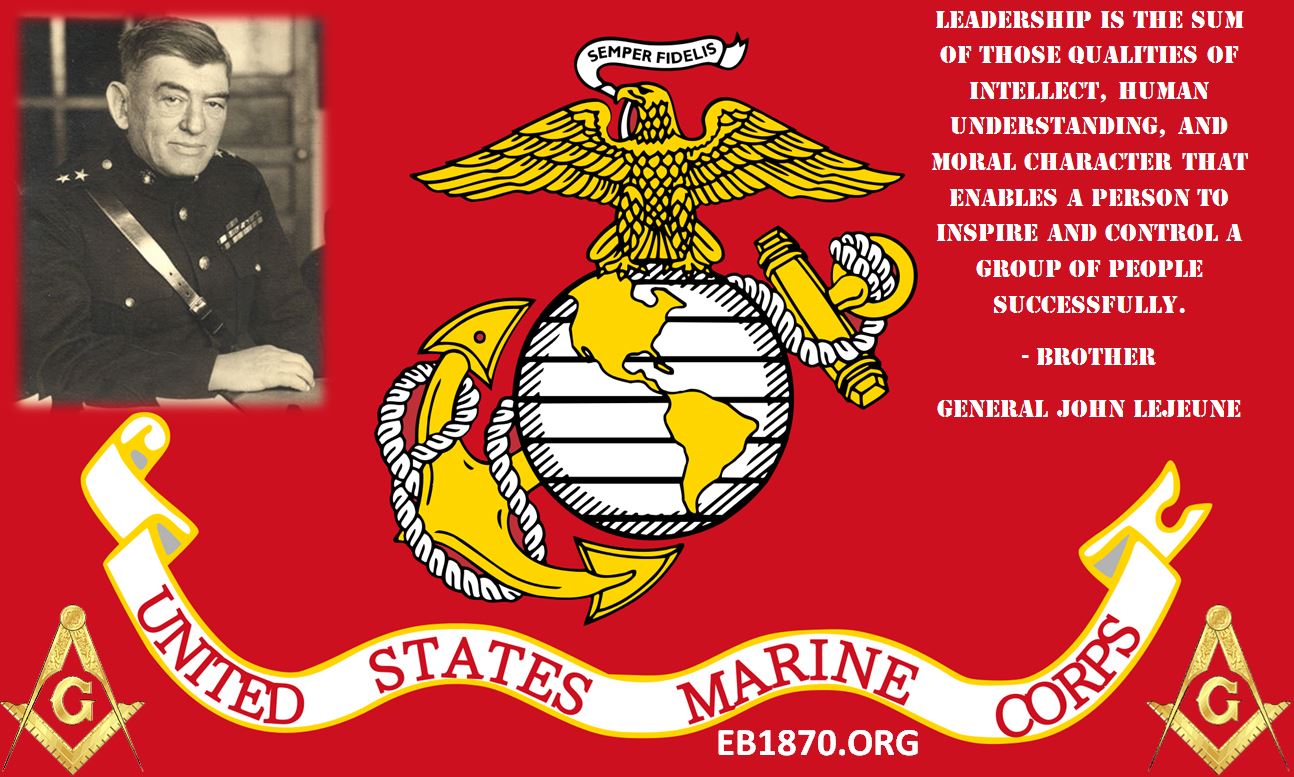