Senior United States Army officer, most famous as the commander of the American Expeditionary Force on the Western Front in World War I, 1917–18. He rejected British and French demands that American forces be integrated with their armies, and insisted that the AEF would operate as a single unit under his command, although some American divisions fought under British command, and he also allowed all-black units to be integrated with the French army. American forces first saw serious battle at Cantigny, Chateau-Thierry, Belleau Wood, and Soissons. To speed up the arrival of the doughboys, they embarked for France leaving the heavy equipment behind, and used British and French tanks, artillery, airplanes and other munitions. In September 1918 at St. Mihiel, the First Army was directly under Brother John Pershing’s command; it overwhelmed the salient which the German Army had held for three years. For the Meuse-Argonne Offensive, Pershing shifted roughly 600,000 American soldiers to the heavily defended forests of the Argonne, keeping his divisions engaged in hard fighting for 47 days, alongside the French. The Allied Hundred Days Offensive, which the Argonne fighting was part of, resulted in Germany calling for an armistice. Pershing was of the opinion that the war should continue and that all of Germany should be occupied in an effort to permanently destroy German militarism. 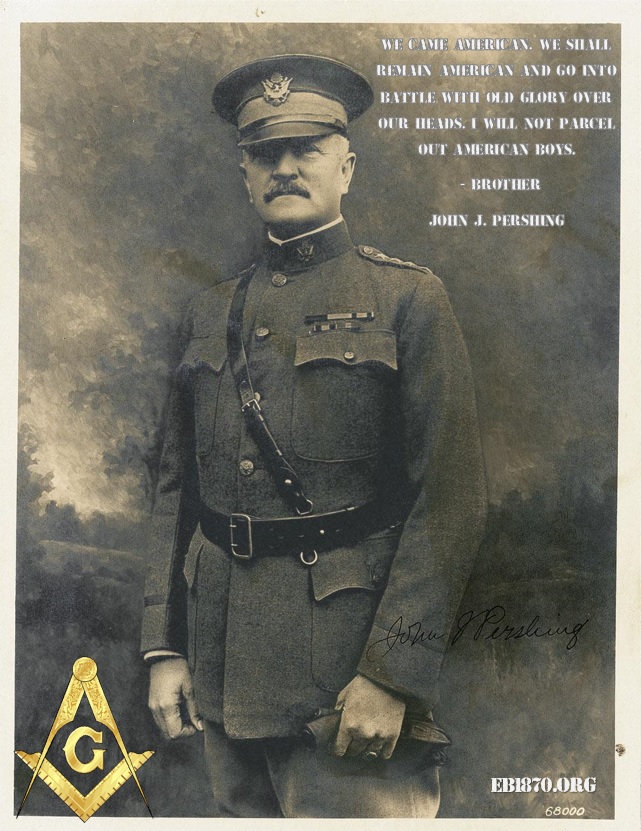