Scottish surgeon who explored parts of northern Canada, found the final portion of the Northwest Passage (Rae Strait, named after him) and reported the fate of the Franklin Expedition. In 1846–47 he explored the Gulf of Boothia northwest of Hudson Bay. In 1848–51 he explored the Arctic coast near Victoria Island. In 1854 he went from Boothia to the Arctic coast and learned the fate of Franklin. He was noted for physical stamina, skill at hunting and boat handling, use of native methods and the ability to travel long distances with little equipment while living off the land.

From the book 10,000 Famous Freemasons

Received medical degree from U. of Edinburgh and was a doctor with Hudson’s Bay Co. He joined the expedition of Sir John Richardson in search of Sir John Franklin, q.v., in 1847, and was on several exploring expeditions between 1846-64. He proved King William’s Land to be an island, and on an expedition in 1853-54, learned the fate of Franklin from natives on the West coast of Boothia. He was known for his amazing endurance and vigor, traveling 23,000 miles on snowshoes and dragging a loaded sled. He received the Royal Geographical Society’s “Founders Medal” and also the “Arctic Medal.” He once covered 100 miles a day on snowshoes. Brother John Rae lived like the Eskimos, in contrast to other English “gentlemen” who needed great amounts of supplies and natives to carry them. His exploration method is known as the “Rae Method.” d. July 22, 1893, and although his lodge membership is not known, Kilwinning Masonic Lodge attended the funeral 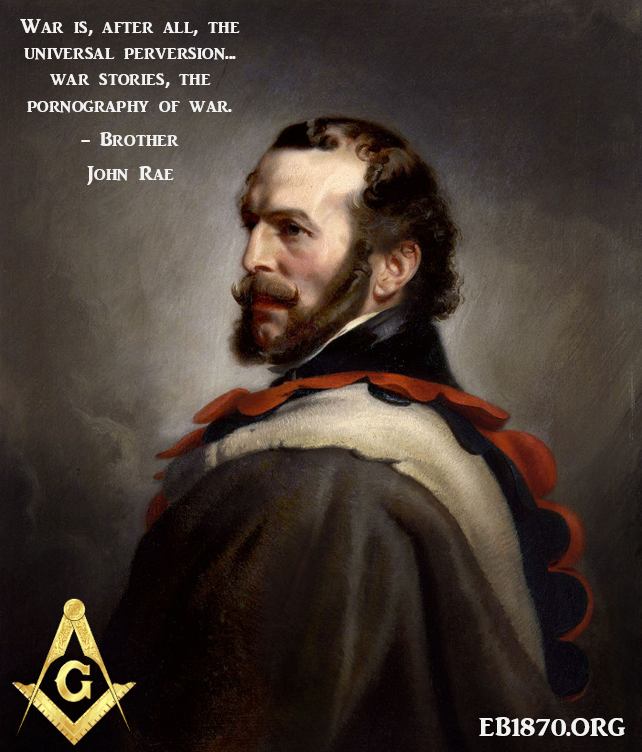