Lodge of Fortitude and Old Cumberland #12

French physician, politician and Freemason who proposed on 10 October 1789 the use of a device to carry out death penalties in France, as a less painful method of execution. While he did not invent the guillotine, and in fact opposed the death penalty, his name became an eponym for it. The actual inventor of the prototype was Antoine Louis. 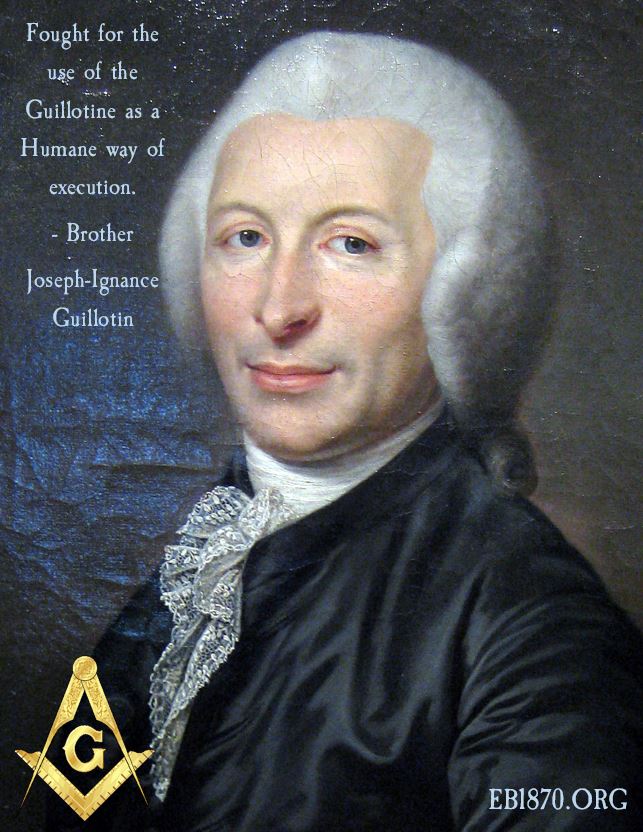