Brother Franz Joseph Haydn was an Austrian composer of the Classical period. He was instrumental in the development of chamber music such as the piano trio and his contributions to musical form have earned him the epithets “Father of the Symphony” and “Father of the String Quartet”.

Haydn spent much of his career as a court musician for the wealthy Esterházy family at their remote estate. Until the later part of his life, this isolated him from other composers and trends in music so that he was, as he put it, “forced to become original”. Yet his music circulated widely, and for much of his career he was the most celebrated composer in Europe.

He was a friend and mentor of Mozart, a teacher of Beethoven, and the older brother of composer Michael Haydn. 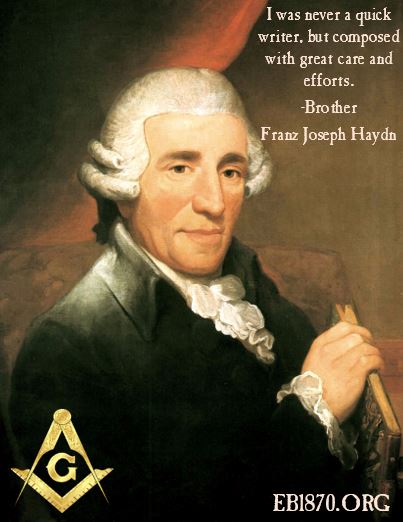