Grand Master of the Massachusetts Provincial Grand Lodge from 1769 until his death in 1775. It was Massachusetts Freemasons who gave Joseph Warren a proper and honorable burial a year after the Battle of Bunker Hill. Warren had been buried on the battlefield and his remains were dug up a year later; he was identified by the dental work Paul Revere had done on him

American physician who played a leading role in American Patriot organizations in Boston in the early days of the American Revolution, eventually serving as president of the revolutionary Massachusetts Provincial Congress. Warren enlisted Paul Revere and William Dawes on April 18, 1775, to leave Boston and spread the alarm that the British garrison in Boston was setting out to raid the town of Concord and arrest rebel leaders John Hancock and Samuel Adams. Warren participated in the next day’s Battles of Lexington and Concord, which are commonly considered to be the opening engagements of the American Revolutionary War.

Warren had been commissioned a Major General in the colony’s militia shortly before the June 17, 1775 Battle of Bunker Hill. Rather than exercising his rank, Warren served in the battle as a private soldier, and was killed in combat when British troops stormed the redoubt atop Breed’s Hill. His death, immortalized in John Trumbull‘s painting, The Death of General Warren at the Battle of Bunker’s Hill, June 17, 1775, galvanized the rebel forces. He has been memorialized in the naming of many towns, counties and other locations in the United States, by statues, and in numerous other ways. 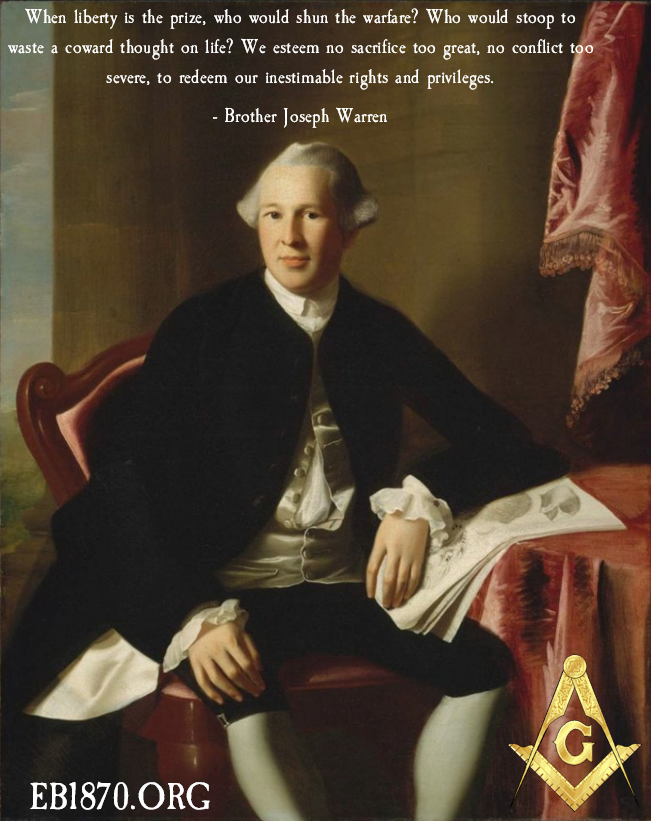 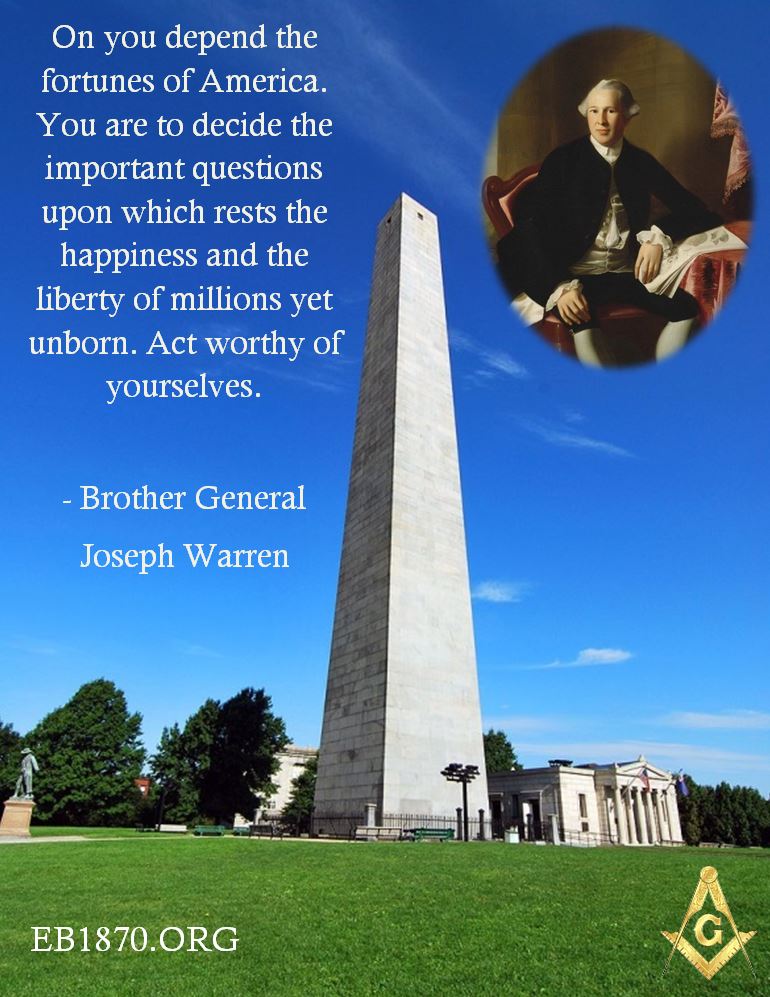