Montezuma Lodge #101 (Now Montezuma Lodge #1) in Santa Fe Territory of New Mexico
Due to his service in the U. S. Army during the Mexican and the Civil War, he was never able to sit as Master of a Lodge.

American frontiersman. The few paying jobs he had during his lifetime included mountain man (fur trapper), wilderness guide, Indian agent, and American Army officer. Carson became a frontier legend in his own lifetime via biographies and news articles. Exaggerated versions of his exploits were the subject of dime novels. 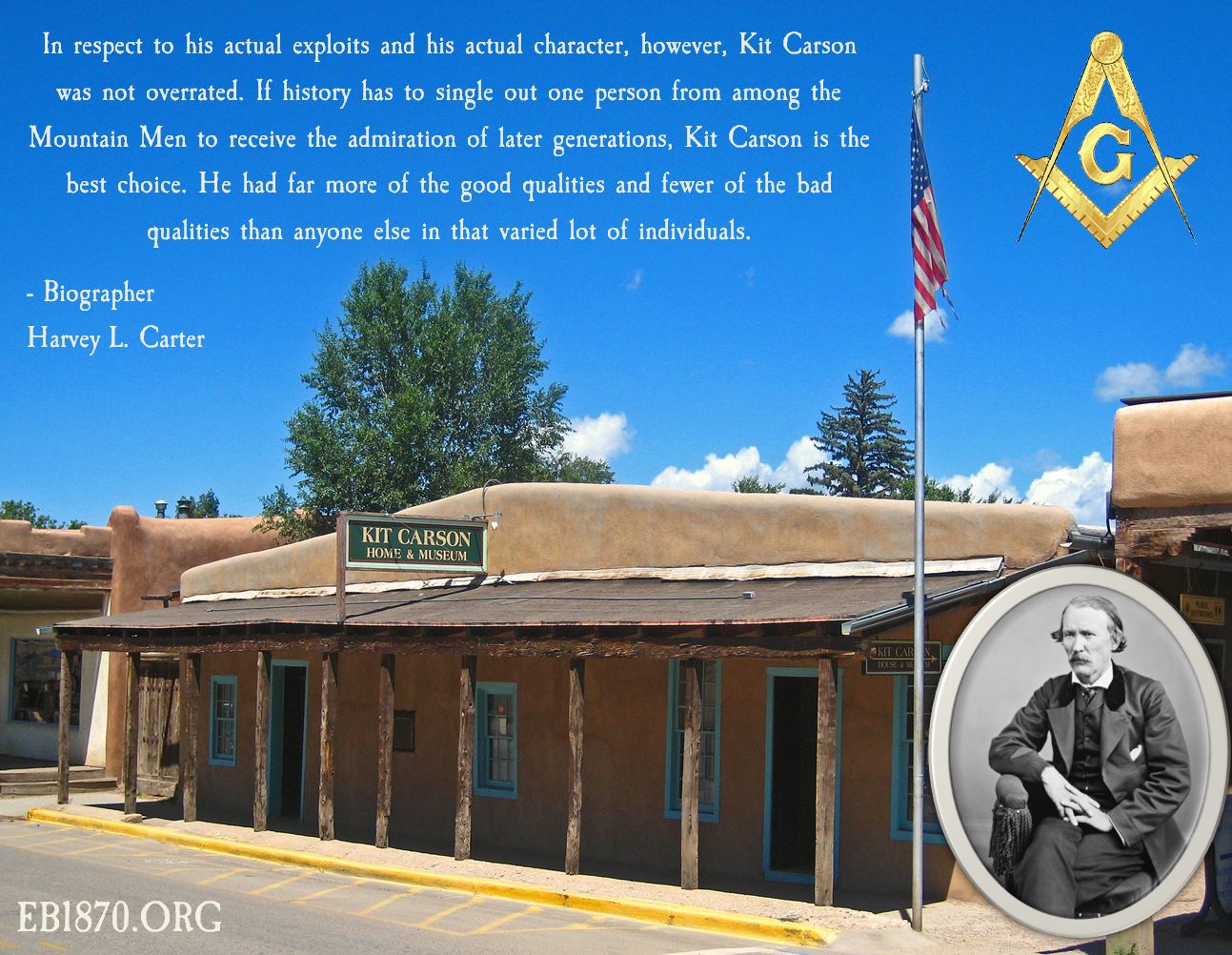