United States Army officer who became a brigadier general in the Confederate States Army during the American Civil War. On July 3, 1863, as part of Pickett’s Charge during the Battle of Gettysburg, Armistead led his brigade to the farthest point reached by Confederate forces during the charge, a point now referred to as the high-water mark of the Confederacy. However, he and his men were overwhelmed, and he was wounded and captured by Union troops; he died in a field hospital two days later. 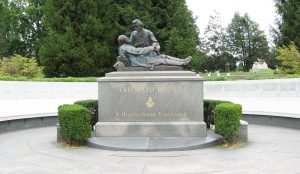 Although they had served and fought side by side in the United States army prior to the Civil War, Armistead refused to raise his sword against his fellow Southerners and joined the Confederate Army in 1861.

Both Hancock and Armistead fought heroically in the previous twenty-seven months of the war. They were destined to meet at Gettysburg.

Depicted in this sculpture is Union Captain Henry Bingham, a Mason and staff assistant to General Hancock, himself wounded, rendering aid to the fallen Confederate General. Armistead is shown handing his watch and personal effects to be taken to his friend, Union General Hancock.

Hancock survived the war and died in 1886. Armistead died at Gettysburg July 5, 1863. Captain Bingham attained the rank of General and later served 32 years in the United States House of Representatives. He was known as the “Father of the House.”

Shown on the wall surrounding this monument are the names of the States whose soldiers fought at the Battle of Gettysburg. 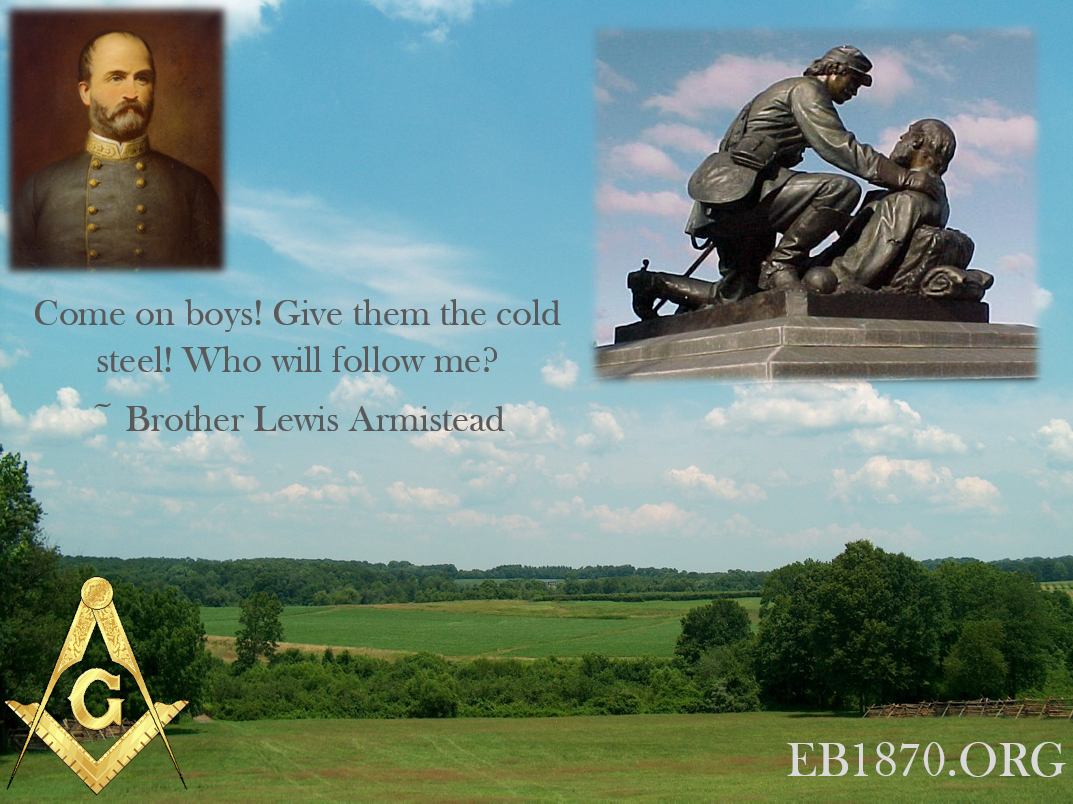