United States Army officer. He served with great distinction during World War II, where he was the Commanding General of the 82nd Airborne Division, leading it in action in Sicily, Italy and Normandy, before taking command of the newly formed XVIII Airborne Corps in August 1944, holding this post until the end of the war, commanding it in the Battle of the Bulge, Operation Varsity and the Western Allied invasion of Germany.

He held several major commands after the war and was most famous for resurrecting the United Nations war effort during the Korean War. Several historians have credited Brother Ridgway for turning the war around in favor of the UN side. His long and prestigious military career was recognized by the award of the Presidential Medal of Freedom on May 12, 1986 by President Ronald Reagan, who stated that “Heroes come when they’re needed; great men step forward when courage seems in short supply. 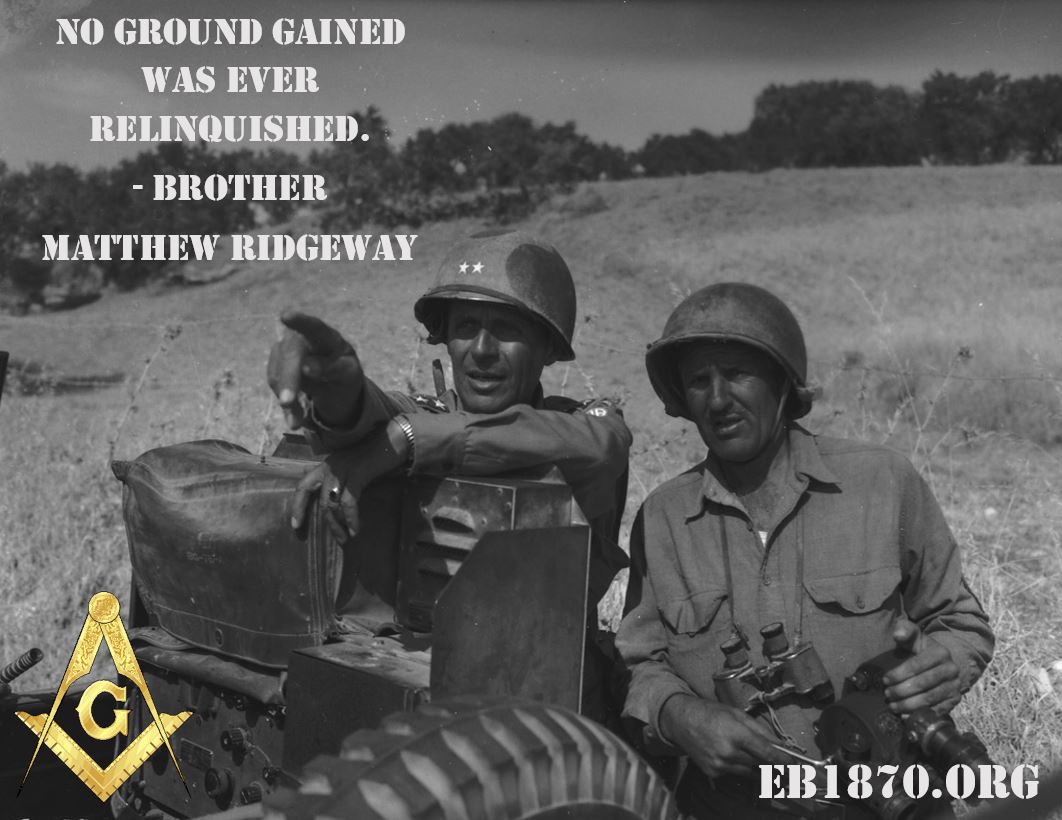