American actor, writer, television producer and retired comedian, widely known for his portrayal of Cosmo Kramer on the television sitcom Seinfeld, for which he received the Primetime Emmy Award for Outstanding Supporting Actor in a Comedy Series three times.

Brother Richards would meet his long-time comedic idol in 1996 when he had the honor to induct Brother Red Skelton into the Comedy Hall of Fame in Lake Tahoe.

“Red and I had a chance to meet and talk in Lake Tahoe. It was then,” Richards says, “I learned he was a 33° Scottish Rite Mason.”

After reflecting upon his experience with Skelton, Richards wanted to learn more about Free-masonry. He read what he could, but decided the best way to learn would be to experience it firsthand. “I decided to call Red,” he says. “I was going to petition Freemasonry through him. But before I could, he passed away.” 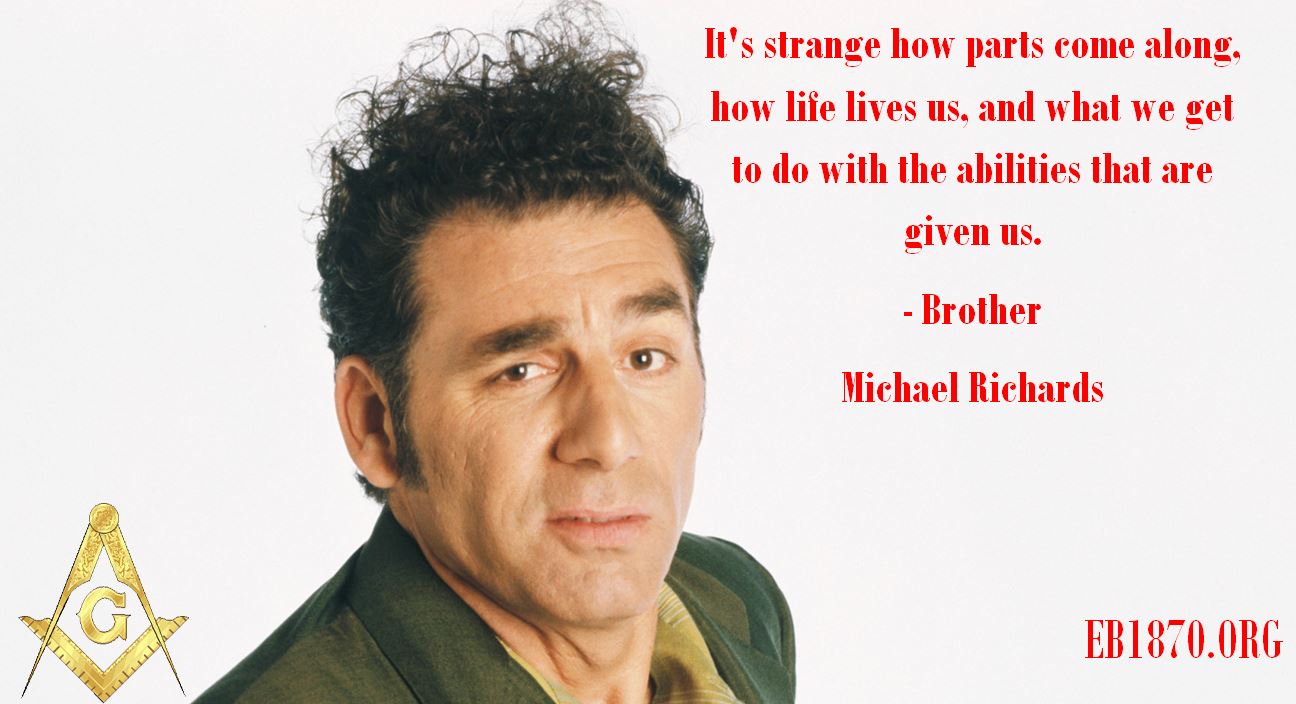