inventors of the Montgolfière-style hot air balloon, globe aérostatique. The brothers succeeded in launching the first piloted ascent, carrying Étienne into the sky. Later, in December 1783, in recognition of their achievement, their father Pierre was elevated to the nobility and the hereditary appellation of de Montgolfier by King Louis XVI of France 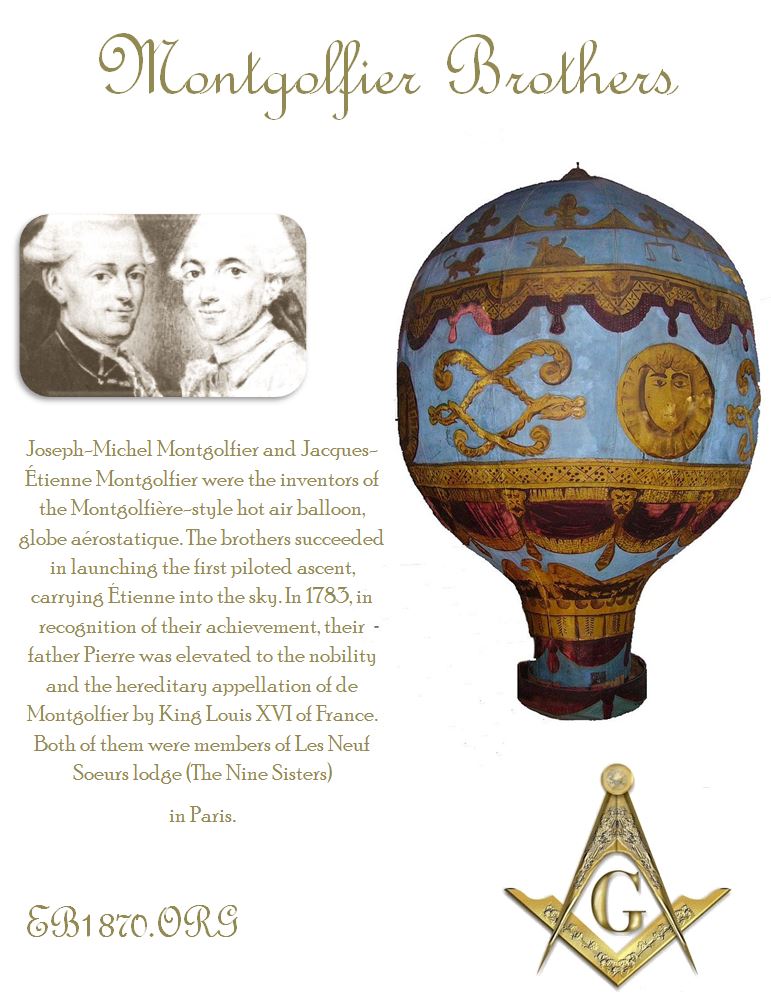