Brother Oscar I of Sweden

Past Grand Master of Norwegian Order of Freemasons

King of Sweden and Norway from 1844 to his death. When, in August 1810, his father Jean-Baptiste Bernadotte was elected Crown Prince of Sweden, Oscar and his mother moved from Paris to Stockholm (June 1811). Oscar’s father was the first ruler of the current House of Bernadotte and his mother was Désirée Clary, Napoleon Bonaparte’s first fiancée. Her sister, Julie Clary, was married to Napoleon’s brother, Joseph Bonaparte. Désirée is said to have chosen Napoleon to be Oscar’s godfather. 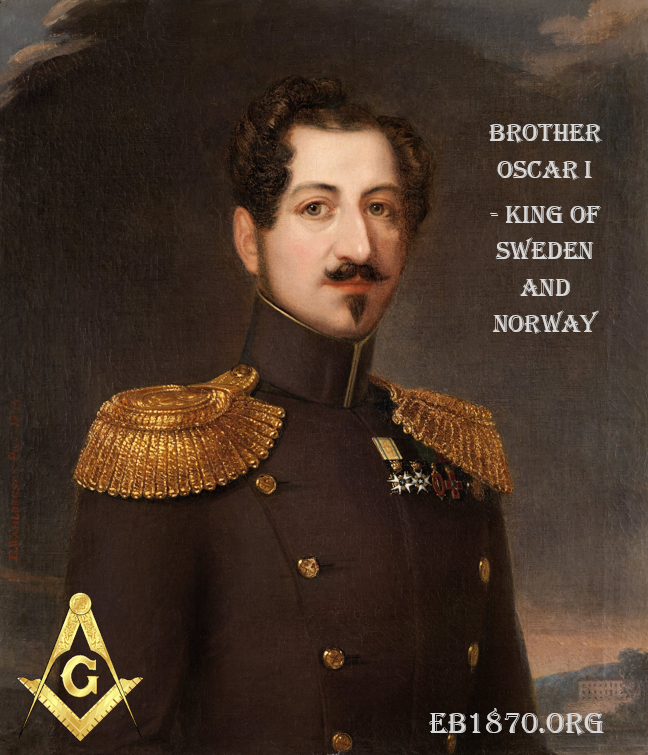