American lawyer, politician, diplomat from New York, and a Founding Father of the United States. He was known as “The Chancellor”, after the high New York state legal office he held for 25 years. He was a member of the Committee of Five that drafted the Declaration of Independence, along with Thomas Jefferson, Benjamin Franklin, John Adams, and Roger Sherman.

In 1784 he was appointed the first Grand Master of the Grand Lodge of New York, retaining this title until 1801. The Grand Lodge’s library in Manhattan bears his name. The Bible Livingston used to administer the oath of office to President Washington is owned by St. John’s Lodge No. 1, and is still used today when the Grand Master is sworn in, and, by request, when a President of the United States is sworn in. 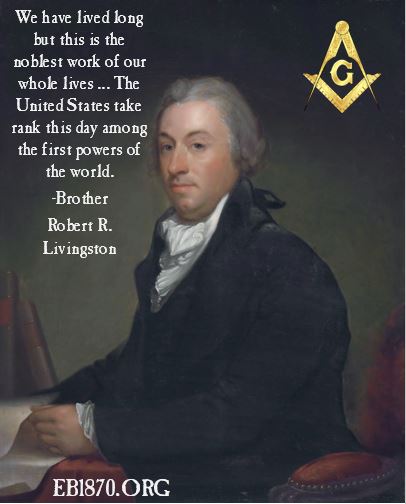