American politician and soldier, best known for his role in bringing Texas into the United States as a constituent state. His victory at the Battle of San Jacinto secured the independence of Texas from Mexico in one of the shortest decisive battles in modern history. The only American to be elected governor of two states (as opposed to territories or indirect selection), Houston was also the only governor within a future Confederate state to oppose secession (which led to the outbreak of the American Civil War) and to refuse an oath of allegiance to the Confederacy, a decision that led to his removal from office by the Texas secession convention. 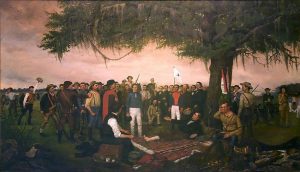 The Masonic Story of the Battle of San Jacinto

“On the battlefield at San Jacinto on April 21, 1836, the Army of Texas commanded by General Sam Houston, and accompanied by the Secretary of War, Thomas J. Rusk, attacked the larger invading army of Mexicans under General Santa Anna. The battle line from left to right was formed by Sidney Sherman’s regiment, Edward Burleson’s regiment, the artillery commanded by George W. Hockley, Henry Millard’s infantry and the calvary under Mirabeau B. Lamar. Sam Houston led the infantry charge.

attle cry, “Remember the Alamo! Remember Goliad!” The Texans charged. The enemy taken by surprise rallied for a few minutes, then fled in disorder. The Texans had asked no quarter and gave none. The slaughter was appalling. Victory complete and Texas free!   On the following day General Antonio Lopez de Santa Anna, self-styled “Napoleon of the West,” received from a generous foe the mercy he had denied Travis at the Alamo and Fannin at Goliad.

Two Days Before The Battle

“This morning we are in preparation to meet Santa Anna.  It is the only chance of saving Texas.  From time to time I have looked for reinforcements in vain:  We will only have about 700 men to march with besides the camp guard.  We go to conquer.  It is wisdom growing out of necessity to meet the enemy.  Now every consideration enforces it.  The troops are in fine spirits and now is the time for action.  We shall use our best efforts to fight the enemy to such advantage as will insure victory though the odds, are greatly against us.”
“I leave the result in the hands of a wise God, and rely upon his providence. My country will do justice to those who serve her.  The rights for which we fight will be secure and Texas Free!”
General Sam Houston 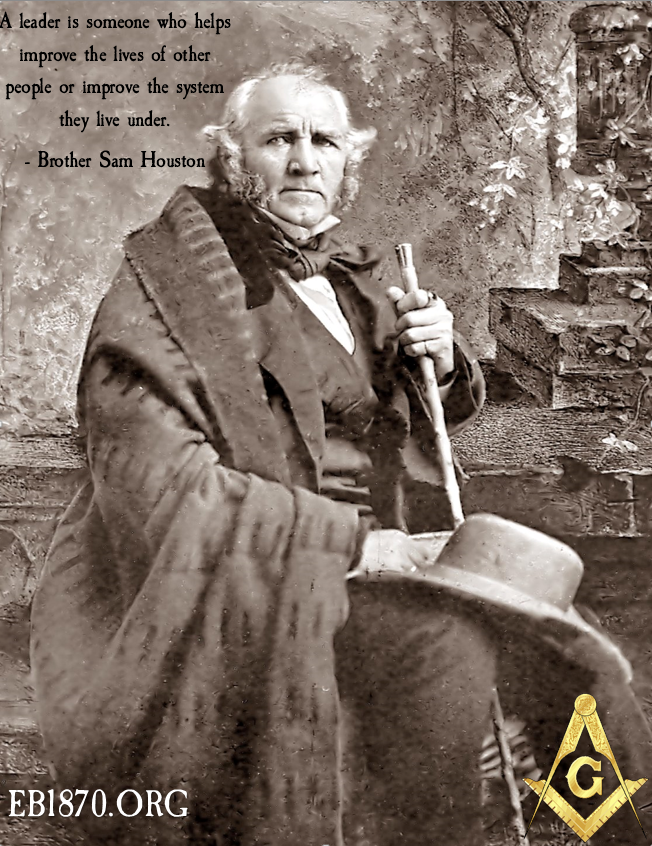