American naval officer and aviator, and one of the original Mercury 7 chosen. He flew the six-orbit, nine-hour Mercury-Atlas 8 mission on October 3, 1962, becoming the fifth American, and the ninth human, to ride a rocket into space. In the two-man Gemini program, he achieved the first space rendezvous, station-keeping his Gemini 6A spacecraft within 1 foot (30 cm) of the sister Gemini 7 spacecraft in December 1965. In October 1968, he commanded Apollo 7, an 11-day low Earth orbit shakedown test of the three-man Apollo Command/Service Module. He was the first person to go into space three times, and the only person to have flown in Mercury, Gemini, and Apollo, logging a total of 295 hours and 15 minutes in space. He retired from the U.S. Navy at the rank of Captain and from NASA after his Apollo flight, becoming a consultant to CBS News for its coverage of the subsequent Apollo flights. He joined Walter Cronkite as co-anchor for the seven Moon landing missions. 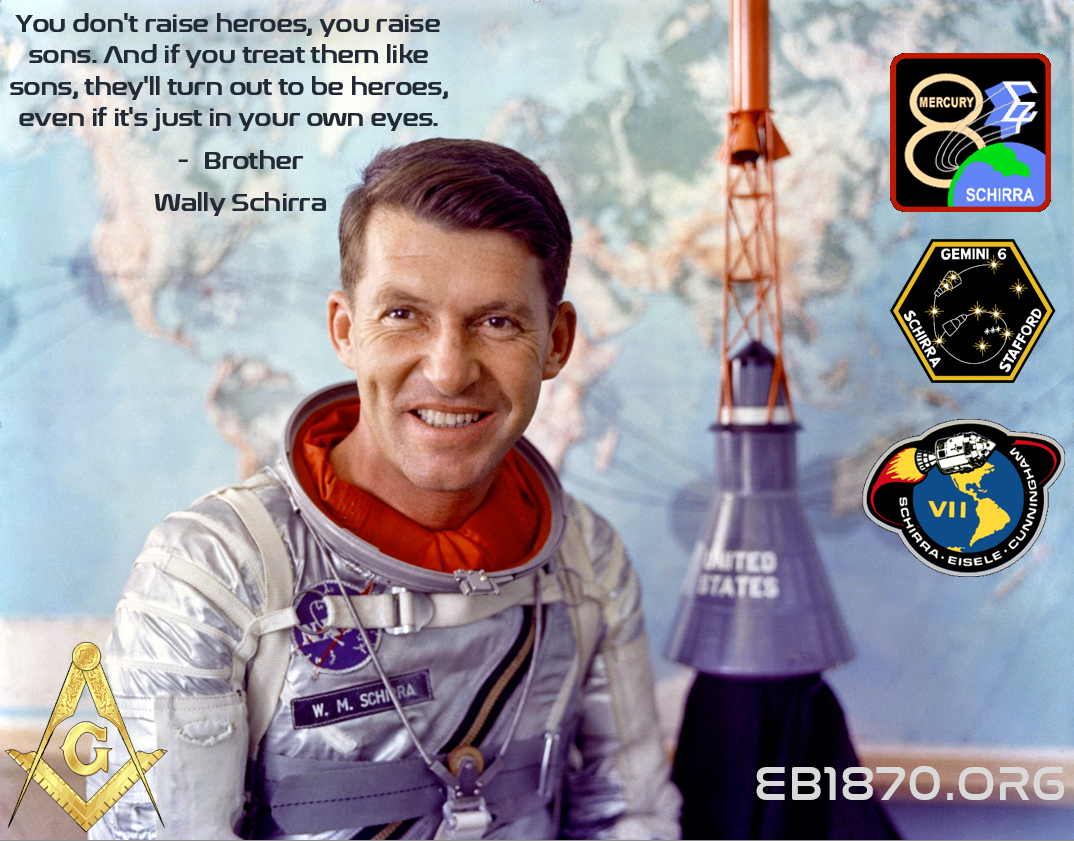