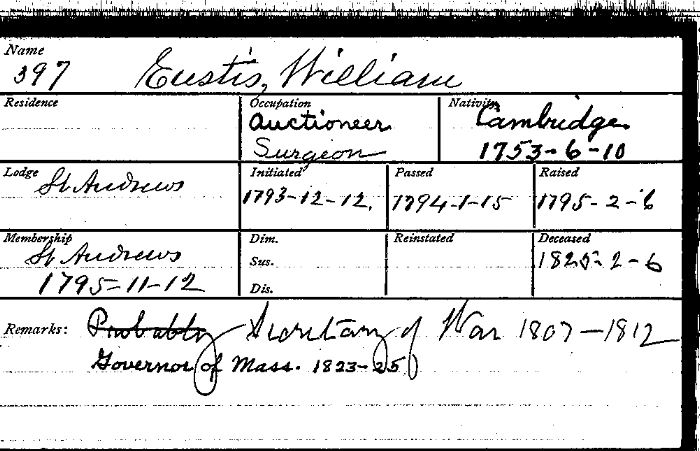 Early American physician, politician, and statesman from Massachusetts. Trained in medicine under Brother Joseph Warren, he served as a military surgeon during the American Revolutionary War, notably at the Battle of Bunker Hill. He resumed medical practice after the war, but soon entered politics.

After several terms in the state legislature, Eustis won election to the United States Congress in 1800, serving as a moderate Democratic-Republican. He briefly returned to state politics after losing reelection in 1804, and was chosen to be Secretary of War in 1809 by President James Madison. Due in part to his inexperience at managing the army and a lack of preparedness, the military failures in the early months of the War of 1812 were laid on his shoulders, leading to his resignation.

Madison then appointed Eustis Minister to the Netherlands, a post he held from 1814 until 1818. After another period in Congress, he was elected Governor of Massachusetts in 1822. A popular successor to long-serving John Brooks, Eustis died in office in 1825. His Boston mansion, built in the 1750s by royal governor William Shirley, is known as the Shirley-Eustis House and is a National Historic Landmark. 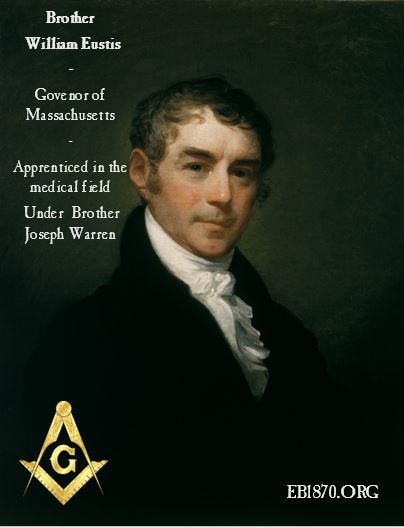