Later was a charter member of:

When General Horatio King asked William McKinley how he happen to become a Mason he explained: “After the Battle of Opequam, I went with our surgeon of our Ohio regiment to the field where there were about 5,000 Confederate prisoners under guard. Almost as soon as we passed the guard, I noticed the doctor shook the hands with a number of Confederate prisoners. He also took from his pocket a roll of bills and distributed all he had among them. Boy-like, I looked on in wonderment; I didn’t know what it all meant. On the way back from camp I asked him:

“Did you know these men or ever see them before?”

“No,” replied the doctor, “I never saw them before.”

“But,” I persisted, “You gave them a lot of money, all you had about you. Do you ever expect to get it back?”

“Well'” said the doctor, “If they are able to pay me back, they will. But it makes no difference to me; they are brother Masons in trouble and I am only doing my duty.”

“I said to myself, If that is Freemasonry I will take some of it for myself.”

25th President of the United States, serving from March 4, 1897, until his assassination in September 1901, six months into his second term. McKinley led the nation to victory in the Spanish–American War, raised protective tariffs to promote American industry, and maintained the nation on the gold standard in a rejection of inflationary proposals. 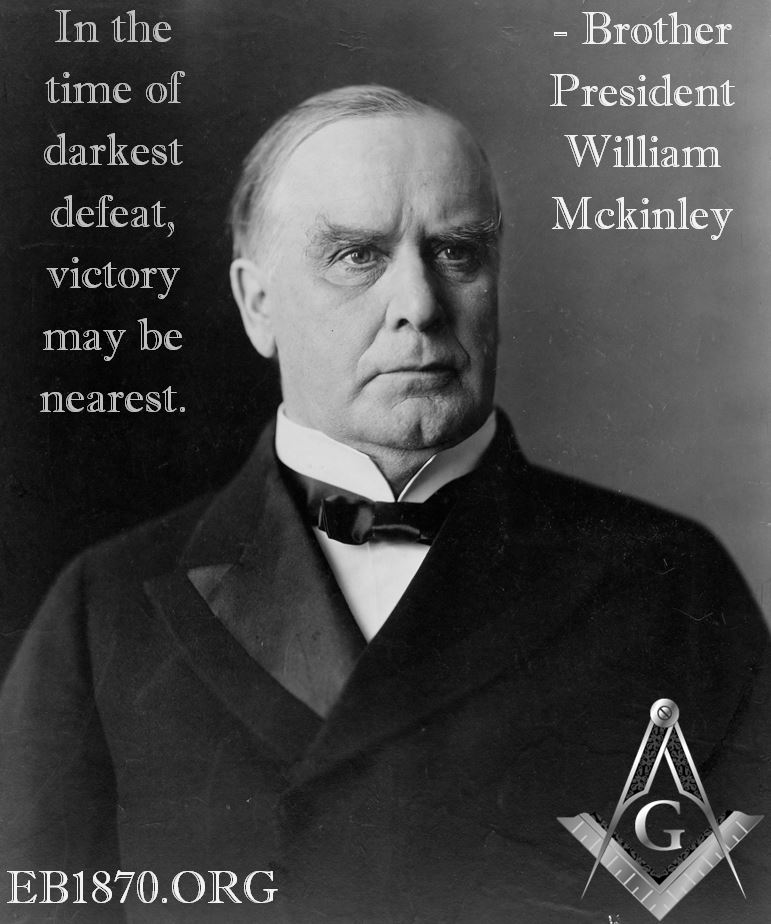