A career U.S. Army officer and the Democratic nominee for President of the United States in 1880. He served with distinction in the Army for four decades, including service in the Mexican-American War and as a Union general in the American Civil War. Known to his Army colleagues as “Hancock the Superb”, he was noted in particular for his personal leadership at the Battle of Gettysburg in 1863. One military historian wrote, “No other Union general at Gettysburg dominated men by the sheer force of their presence more completely than Hancock.”  As another wrote, “his tactical skill had won him the quick admiration of adversaries who had come to know him as the ‘Thunderbolt of the Army of the Potomac’.  His military service continued after the Civil War, as Hancock participated in the military Reconstruction of the South and the Army’s presence at the Western frontier. 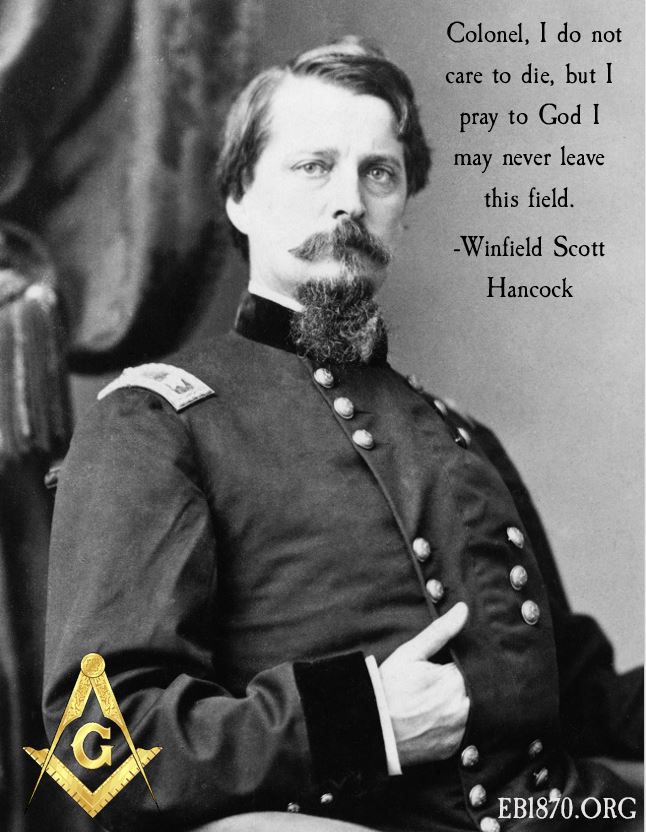