The first Mason known to have entered Texas

American brigadier general and explorer for whom Pikes Peak in Colorado was renamed (from El Capitan). As a U.S. Army officer he led two expeditions, first to reconnoiter the upper reaches of the Mississippi River in 1805-06 and then in 1806-07 to explore the Southwest to the fringes of the northern Spanish-colonial settlements. Pike’s expeditions coincided with other Jeffersonian expeditions including the Lewis and Clark Expedition (1804–1806) and the Thomas Freeman and Peter Custis expedition (1806).[1] The second Pike Expedition crossed the Rocky Mountains into southern Colorado, which led to his capture by the Spanish, who sent Pike and his men to Chihuahua (present-day Mexico), for interrogation. Later in 1807 Pike and some of his men were escorted by the Spanish through Texas and released near American territory. 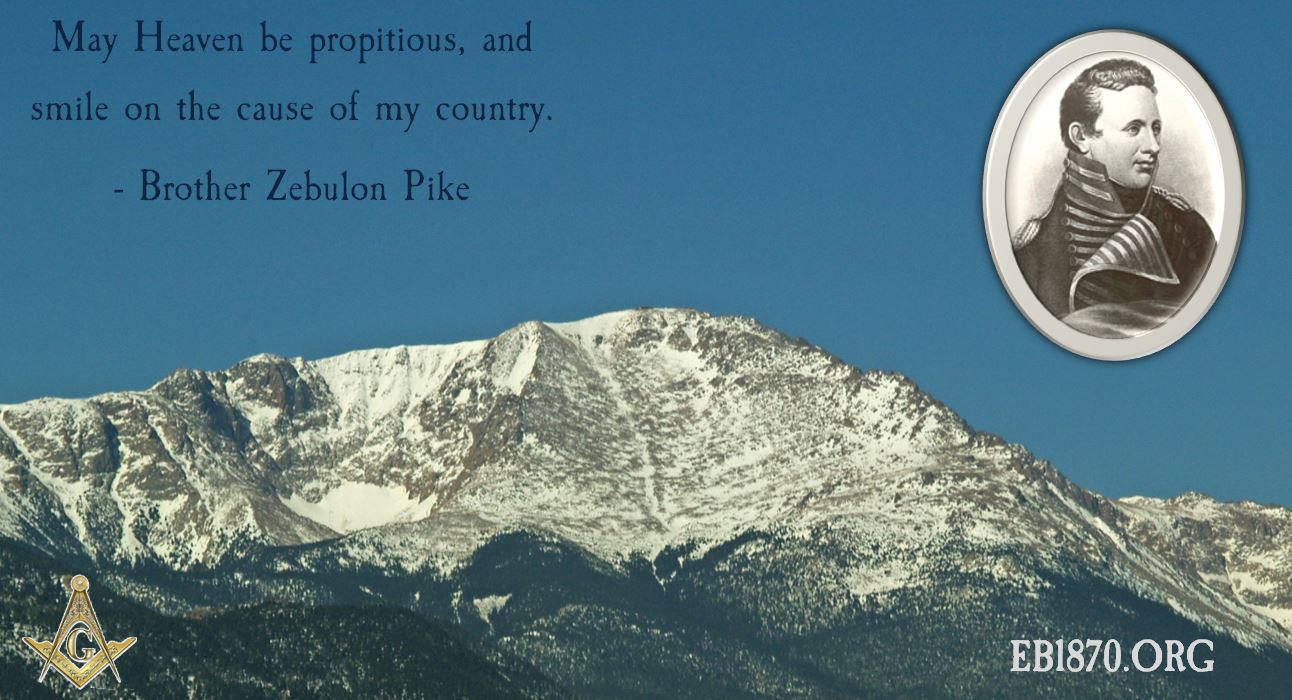