Grand Lodge of the District of Columbia

American statesman and soldier. He was Chief of Staff of the United States Army under presidents Franklin D. Roosevelt and Harry S. Truman, and served as Secretary of State and Secretary of Defense under Truman. He was hailed as the “organizer of victory” by Winston Churchill for his leadership of the Allied victory in World War II. 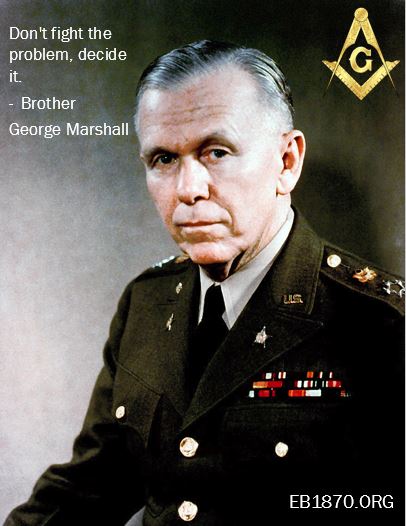